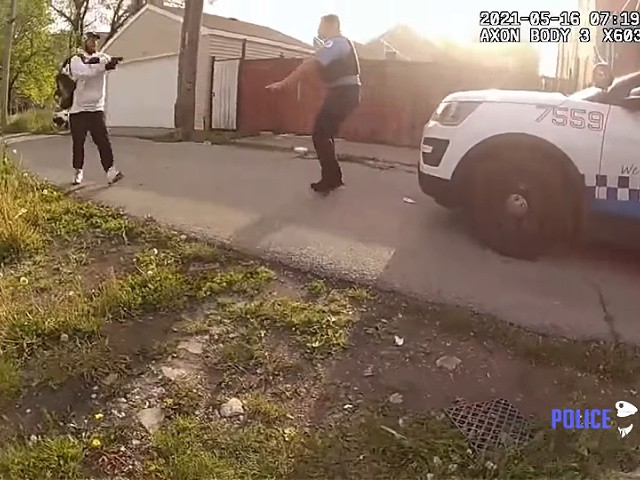 Bodycam footage from the Chicago Police Department shows officers approaching a suspect only to have the suspect allegedly spin and shoot, wounding two officers.

The incident occurred in Chicago on May 16, 2021, and the bodycam video was just released.

The shooting happened in the 1500 block of South Lawndale Avenue about 7:19 a.m. Sunday, May 16, 2021 as officers responded to a ShotSpotter alert of gunfire. Both officers tried to engage the suspect, later identified as 45-year-old Bruce Lua and followed him down an alley. The video shows one officer approaching the suspect with his gun drawn when the suspect immediately opens fire. One video shows an officer falling to the ground as he returns fire. Lua, was hit in the leg, but survived.

Chicago’s Civilian Office of Police Accountability (COPA) notes the police report on the incident indicates Lua’s injuries were “serious,” and he was taken to Mount Sinai Hospital.