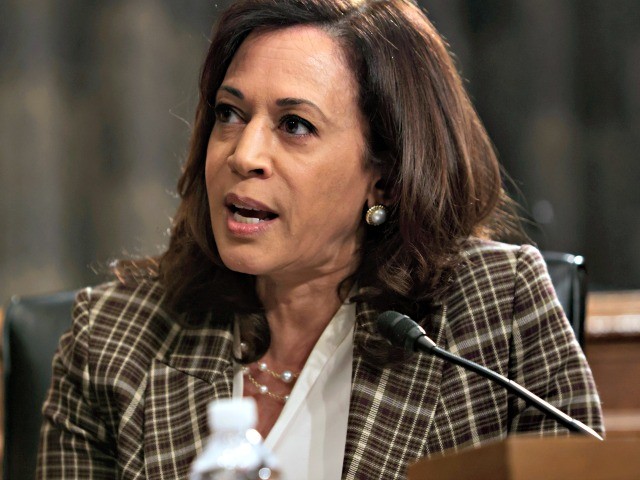 In July, she stopped short of backing an amendment by Sen. Bernie Sanders (I-VT) to defund the Pentagon by ten percent in 2021, but said in a statement afterwards that she “unequivocally” agreed with the goal to reduce the defense budget, and she remained supportive of the effort:

I applaud Senator Sanders and am grateful for all the work that he’s done on this amendment. I unequivocally agree with the goal of reducing the defense budget and redirecting funding to communities in need, but it must be done strategically. I remain supportive of the effort, and am hopeful that with the benefit of additional time, future efforts will more specifically address these complicated issues and earn my enthusiastic support.

Harris then joined 13 other Senators in voting against the 2021 National Defense Authorization Act, which authorizes Pentagon spending and activities, as well as troop pay.

She said in a statement:

I am thankful for all the work negotiators did to this point, however, I voted no because Californians demand better. I could not vote for a bill that provides backdoor funding for Trump’s border wall, clears a pathway to testing a nuclear weapon for the first time in decades, and does not adequately address the scourge of sexual assault in the military. And I could not back this bill after Republicans refused to include our amendments to demilitarize police departments.

President Trump said Tuesday about Harris during a press conference, “She’s a big slasher of funds for our military.”

The last NDAA she voted for was 2018, when she said, “This bill ensures our brave service members have the equipment, support, and benefits required to defend our nation, and improves military readiness, capacity, and modernization.”

SAY WHAT? Joe Biden and the Death of Black Diversity