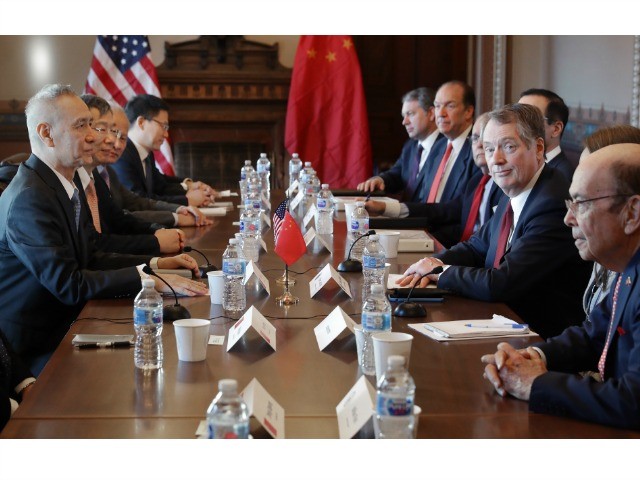 “In his State of the Union address, President Trump outlined a visionary trade agenda that resonates across party lines and will accelerate America’s manufacturing resurgence, expand export opportunities for our farmers, ranchers and small businesses, and promote America’s leadership in today’s digital economy,” Lighthizer said following the president’s address.

“To build on our incredible economic success, one priority is paramount — reversing decades of calamitous trade policies,” Trump said in his address. “We are now making it clear to China that after years of targeting our industries, and stealing our intellectual property, the theft of American jobs and wealth has come to an end.”

Lighthizer led January 30 trade negotiations with a Chinese delegation at the White House. The trade representative focused in on the issue of China in his response to the president’s message, “The President is confronting China’s unfair trade practices.”

He added that the president is “working to open new trade negotiations with countries around the world, and replacing NAFTA with an innovative, landmark agreement for the 21st century – the United States-Mexico-Canada Agreement (USMCA).” Lighthizer called the agreement “a model for all future trade deals.”

“I have met the men and women of Michigan, Ohio, Pennsylvania, Indiana, New Hampshire, and many other States whose dreams were shattered by NAFTA,” president Trump said Tuesday. “For years, politicians promised them they would negotiate for a better deal.  But no one ever tried — until now.”

Trump heralded the new USAMCA and urged members of Congress to pass the United States Reciprocal Trade Act. “Our new U.S.-Mexico-Canada Agreement — or USMCA — will replace NAFTA and deliver for American workers,” said Trump, listing advantages: “bringing back our manufacturing jobs, expanding American agriculture, protecting intellectual property, and ensuring that more cars are proudly stamped with four beautiful words: made in the USA.”