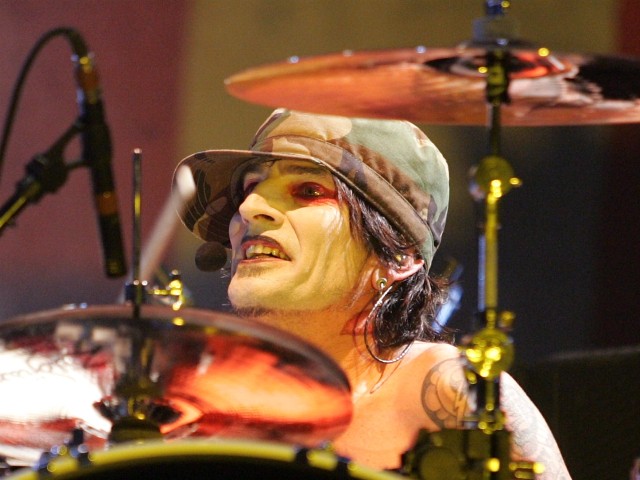 Mötley Crüe drummer Tommy Lee has made the promise that many left-wing celebrities have made before and failed to honor — leaving the United States if Donald Trump wins the presidency.

Tommy Lee told the British publication The Big Issue that he will quit the U.S. and move to Europe if the president wins re-election in November.

“Dude, I swear to god if that happens then I’m coming over to visit the UK. I’m out of here. I’ll go back to my motherland, go back to go Greece and get a house on one of the islands,” said Lee, who was born in Greece but raised in the U.S.

“The thing that stings the most is that I feel like we’re embarrassing. I feel like people in Europe and the rest of the world look at America and think: ‘What the fuck are you guys doing over there? Stop voting for celebrities and get someone real to run the country.’”

“It’s going to be priceless – that kind of energy I’m probably never going to see again in my lifetime.” Think you can’t wait to go to a gig again? That’s nothing on @MrTommyLand https://t.co/BZoP5Wz6zV

Lee, who was once married to Baywatch star Pamela Anderson, recently gloated when President Trump and First lady Melania announced they had tested positive for COVID-19, calling it “karma.”

Can you say “Karma Gods have spoken”? https://t.co/TmqWIhKc2Y

Last year, Lee reposted a letter aimed at supporters of President Trump and warning them that they would face “pay back” if the Democrats win back the White House in 2020.

Left-wing celebrities who promised to leave the U.S. if Trump won in 2016 include Barbra Streisand, Chelsea Handler, Bryan Cranston, Lena Dunham, and the rapper Snoop Dogg. None of them has kept their word.