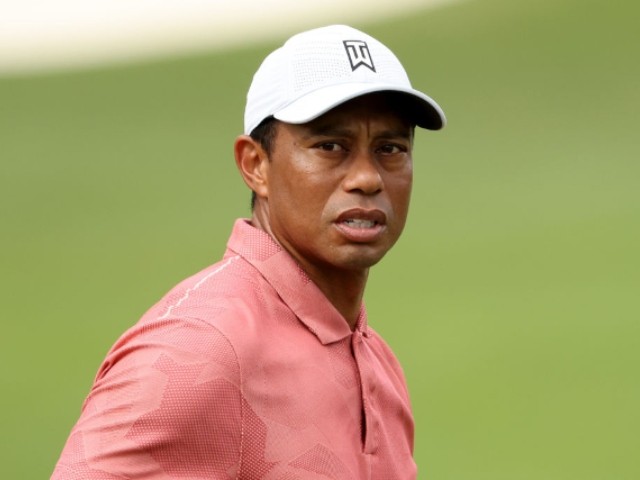 This morning @LMTLASD responded to a roll-over collision in which @TigerWoods was injured. Please see our statement… pic.twitter.com/cSWOxKZC1w

Woods had to be extricated from the vehicle with the “jaws of life” tools, according to the L.A. County Sheriff’s Department. In a statement to Golf Digest, Woods’ agent Mark Steinberg said the professional golfer “suffered multiple leg injuries and is “currently in surgery.”

“[W]e thank you for your privacy and support,” added Steinberg.

Woods, 45, was in California for a two-day content shoot with Golf Digest/GOLFTV after serving as host for the PGA Tour’s Genesis Invitational over the weekend. Pictures surfaced on social media of Woods smiling with Dwayne Wade and David Spade at Rolling Hills Country Club on Monday, but with his movement still restricted, he did not hit balls or play any holes.

A KABC-TV helicopter over the scene of Woods’ accident showed a car on its side with the front end heavily damaged. Air bags appeared to be deployed. The wreckage appeared to be just off the side of a road on a hillside.

Woods, whose first name is Eldrick, was the sole occupant of the vehicle, the sheriff’s department said.

The Associated Press contributed to this report.