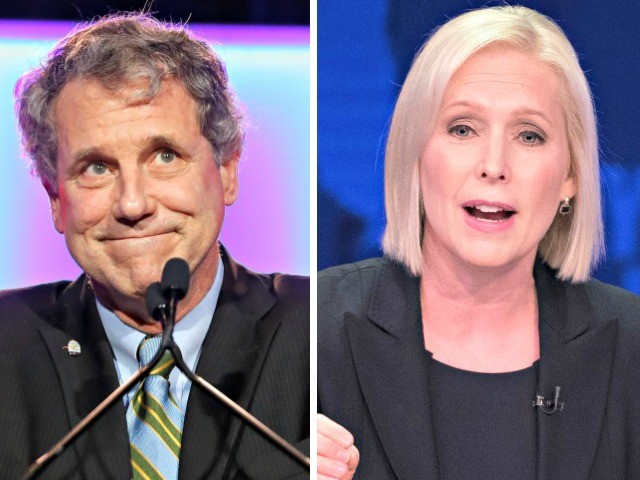 Sens. Sherrod Brown (D-OH) and Kirsten Gillibrand (D-NY), along with Wisconsin Governor Jay Inslee (D-WI), are all reportedly making moves toward an Oval Office campaign in 2020, further complicating matters for the national party.

According to Politico, individuals involved with preparations say Brown has planned a trip to Iowa within the coming weeks. This is the latest signal that Brown is preparing for a 2020 presidential run.

Sarah Benzing, Brown’s aide and current chief of staff, spoke to Politico and hinted at a possible 2020 run for Brown. Benzing told Politico:

Groundwork for Sherrod is just working through it with his family, first and foremost, and deciding whether this is a good fit and they want to go through it. For us, because we’re less than a year out from the Iowa caucuses and when Iowa starts their early vote, I see my responsibility as helping to get an infrastructure ready should he decide that he wants to run. It’s calling people, checking in, making sure the fundraising apparatus is there—those sort of nuts and bolts of things.

According to those involved with the plans, Gillibrand, who said in November that she believed she had “been called” to run for president in 2020 to restore “moral decency,” has been deliberating on a location for a campaign headquarters and filling out key staff positions for a presidential bid.

Gillibrand is set to make an announcement in February, according to an individual familiar with the discussions.

Gillibrand’s team currently has sights on Troy, New York as a headquarters, according to people informed of the plans.

Should he decide to participate in a 2020 run for president, Washington Gov. Jay Inslee would have immense support from the state he oversees. In a poll released on Thursday, 37 percent of Washington residents said they would support Inslee if he were the Democratic presidential nominee.