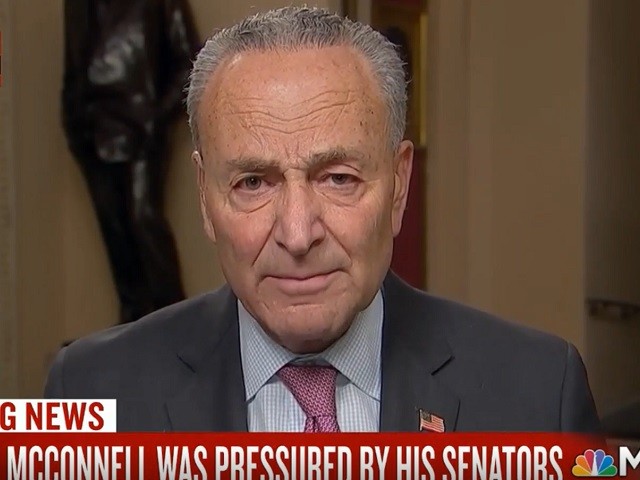 During an interview with MSNBC during their coverage of the Senate’s impeachment trial on Thursday, Senate Minority Leader Chuck Schumer (D-NY) stated that while he is “far from” certain Senate Democrats will be able to get witnesses introduced in the Senate’s impeachment trial, he believes that there is “a chance” they will succeed in getting witnesses if they keep pushing, and if they don’t succeed, “it will make the value of an acquittal zero. And so, either way, there’s a good outcome.”

Schumer said, “Am I certain we’ll succeed? Far from it. But do I think there’s a chance if we keep at it? Yes. And if we don’t, and it’s still apparent to the American public what an unfair trial this is, how they’re so afraid of the evidence, it will make the value of an acquittal zero. And so, either way, there’s a good outcome. But obviously, we prefer a fair trial, and we’d hope that we can get four Republicans, with everything that’s happening, to be for witnesses and documents. The fact that the public’s with us, the fact that they’re moving in that direction, may help push Republicans in that direction.”