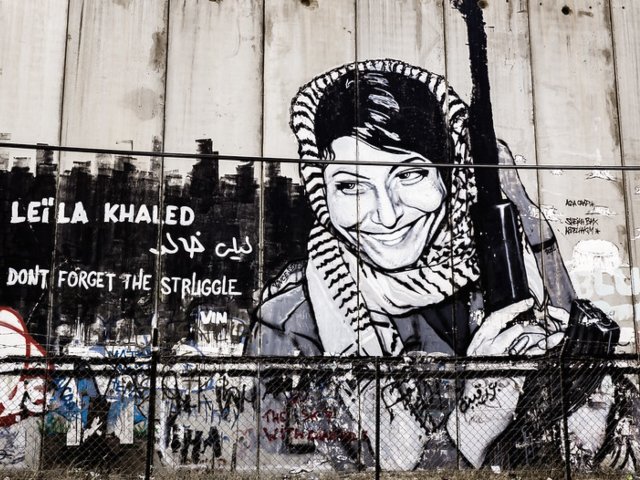 San Francisco State University President Lynn Mahoney has defended students that invited airplane hijacker Leila Khaled to speak on campus. Mahoney said that students were “deeply” wounded by Zoom’s decision to shut down a livestream of the event. In a statement, Zoom said that it was forced to shut down the event after learning of Khaled’s affiliation with a terrorist organization.

Breitbart News reported this week that YouTube and Zoom shut down a livestream featuring Leila Khaled, an activist and former terrorist who participated in two airplane hijackings around 1970. Now, San Francisco State University President Lynn Mahoney claims that students were “deeply wounded” by Zoom and YouTube’s refusal to support the event.

Despite the controversy, San Francisco State University proceeded with the event as scheduled on Wednesday. On Tuesday, Zoom announced that it would not host the lecture on their platform. Viewers on YouTube reported that the feed was cut off approximately 30 minutes after the event began. “This video has been removed for violating YouTube’s Terms of Service,” a message read.

This week, San Francisco State University President Lynn Mahoney defended students that were eager to listen to Khaled’s lecture. “Although we disagree with, and are disappointed by, Zoom’s decision not to allow the event to proceed on its platform, we also recognize that Zoom is a private company that has the right to set its own terms of service in its contracts with users,” Mahoney said.

“Based on the information we have been able to gather to date, the University does not believe that the class panel discussion violates Zoom’s terms of service or the law,” Mahoney added.

Mahoney event went as far as to say that Zoom’s decision to cancel the event was “deeply wounding” to students who feel that Zoom’s decision has silenced them. “Zoom’s cancelation of the event will be deeply wounding to some members of our community who will feel themselves and their dissent silenced once again, just as the participation of Leila Khaled in a class panel discussion is deeply wounding to others in our community…We cannot embrace the silencing of controversial views, even if they are hurtful to others. We must commit to speech and to the right to dissent, including condemning ideologies of hatred and violence against unarmed civilians,” Mahoney finished.

In a statement released on Tuesday, Zoom said that Khaled’s speech violates their terms of service due to her affiliation with a terrorist organization. “In light of the speaker’s reported affiliation or membership in a U.S. designated foreign terrorist organization, and SFSU’s inability to confirm otherwise, we determined the meeting is in violation of Zoom’s Terms of Service and told SFSU they may not use Zoom for this particular event,” the statement read.