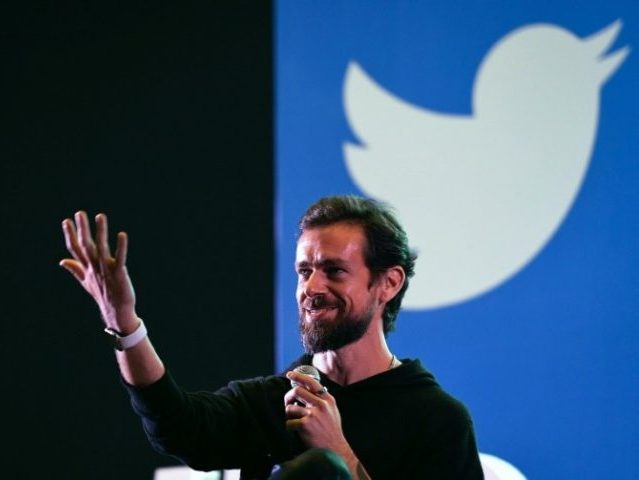 Author Sam Harris asked Twitter CEO Jack Dorsey on his podcast why he hasn’t banned President Donald Trump, who Harris claimed “has had a worse influence on the nature of our conversation” than anyone else. Harris recently closed his Patreon account to protest the blacklisting of political commentators on the site.

“It just seems to me that whatever criteria you use to judge whether somebody is a bad actor on your platform, Trump has violated those same criteria in spades,” claimed Harris. “We’re talking about the President of the United States who calls out private individuals for abuse, knowing that his mob is going to target them. He’s called out individual businesses. This is somebody who could actually start a war by some of his ejaculations on Twitter, or at least that doesn’t seem like a completely lunatic fear to form.”

“One could almost argue that he wouldn’t be president but for the fact that he was able to use Twitter in this way. I mean this is just something that, leaving aside Russian influence, just the fact that he has found that this is such an effective tool for his kind of politics,” he continued. “And if you’re worried about the health of political conversation in particular, it’s hard to point to anyone who has had a worse influence on the nature of our conversation there. So what is the argument for not banning Trump?”

Dorsey replied, “Well, you’re right he’s been consistent in how he uses the platform from day one. I think he joined in 2009, maybe 2012, and if you look back at all of his tweets he’s been extremely consistent in how he uses the service, how he talks. I think you find the same consistency in how he talks to the press, and how he calls into shows, like Fox and Friends, and there’s not significant gaps, or dissonance between those mediums.”

“So we do have a set of rules. We do enforce them on every account. We have an exception of newsworthiness and public interest, and we do believe that a lot of the things people might assume Trump to have violated have a public interest aspect to them,” the Twitter CEO declared. “And even if they didn’t, it’s out there, and it’s in the world, being screenshotted and broadcasted and talked about on CNN, so having it on the same surface where people can interact with it, and talk about it, and retweet it, and add their own opinion to me is really important.”

Dorsey then explained that Twitter “will take action on violent threats against private individuals,” and the company is “in communication with all global leaders around the world and their offices about anything that is close to the line, or anything that we would consider crossing the line, but we consider to be of public interest, so it’s an open conversation, an open dialogue.”

“I just don’t think there’s any going back from here, I think there’s an expectation of our leaders being this on, and being extremely expressive about what they’re thinking about in the moment. And you’re seeing this with AOC at the moment as well and how she is using the service and what she’s using it for, and she’s certainly provoking a ton of thought that some people agree with and others violently disagree with, but there’s a lot of similarities in the patterns of how leaders are now using the service,” concluded Dorsey. “It’s a direct line to the people, and I think there’s a lot of power in that.”

In December, Harris closed his Patreon account in protest over the platform’s blacklisting of political commentators, including Carl Benjamin.