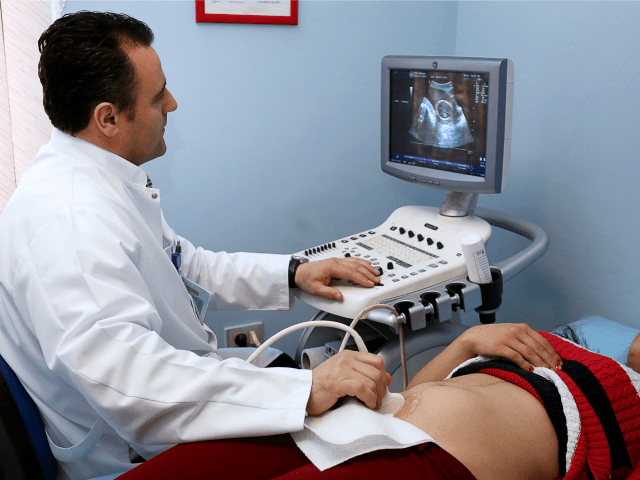 Russian nationals are “driving a baby boom in south Florida” as they seek to earn their U.S.-born children automatic, birthright citizenship, a new report reveals.

A report by Bloomberg chronicles the stories of a handful of Russian women who have arrived in the U.S. to deliver their babies — like so many others — in order secure birthright citizenship for their children.

Most recently, President Donald Trump has said he wanted to sign an executive order ending what has become known as the country’s “anchor baby policy” by which illegal aliens and foreign nationals are able to earn their children a U.S. passport so long as they are born within the borders of the country.

The Bloomberg report detailed how south Florida is a haven for Russian nationals to have their children to take advantage of the birthright citizenship rule:

The perk of a U.S. passport was “the last thing on my agenda, literally,” said Viktoriia Solomentseva, 23, a former Matryoshka regular who had a daughter seven weeks ago and recently flew home to Moscow with little Emily, a newly-minted U.S. citizen. “Why does Trump think everyone is dying to have one?” [Emphasis added]

That, in fact, it has. Data are scarce, but the Center for Immigration Studies has estimated more than 30,000 women tap it every year. Some nationalities prefer certain metropolitan areas, with the Chinese, for instance, favoring Los Angeles, while Nigerians tend to choose cities in the Northeast and Texas. For women with roots in the former Soviet Union, it’s Miami; if they’re affluent, it’s Sunny Isles Beach, called Little Russia because so many of its 22,000 residents hail from that part of the world. [Emphasis added]

And these women’s numbers, by all accounts, are growing. The weakness of the ruble, the tense relations between Russia and the U.S., the hurdles that have to be scaled to get a visa — none of that is slowing down the flow. [Emphasis added]

The owner of the “Miami-mama” agency told Bloomberg that on every flight to Miami, Florida, from Moscow, Russia, there is at least one pregnant woman. In many cases, there are more than five pregnant women on flights to Miami from Moscow.

As Breitbart News reported, there are nearly 62 million immigrants and their U.S.-born children — given birthright citizenship — living across the U.S. There were 17.1 million U.S.-born minor children of immigrants in the country as of 2017, according to the latest data by the Center for Immigration Studies.

Between 2010 and 2017, about 9.5 million immigrants resettled in the U.S. The total foreign-born population is now 44.5 million, a 108-year record high, making up nearly 14 percent of the total country’s population.