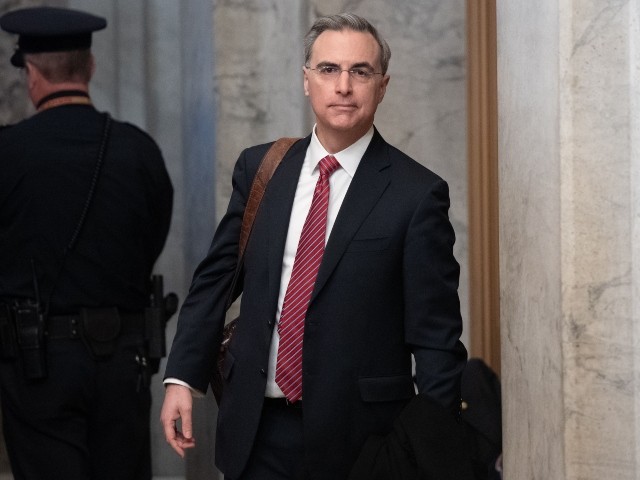 A last-ditch effort to persuade President Donald Trump to issue a pre-emptive pardon to Wikileaks founder Julian Assange is reportedly being blocked by White House counsel Pat Cipollone, according to reports.

A high-level source in the Trump administration reported to Breitbart News that while the President is sympathetic to pardoning Assange, Cipollone is not — and the continued opposition of the White House counsel is making a pardon increasingly unlikely. Trump could still overrule Cipollone if he wished, but it appears that the President continues to listen to the latter’s advice.

In a recent Wall Street Journal op-ed, the establishment newspaper praised Cipollone for reining in President Trump in the closing days of his administration, “when the easier route would be to resign to outside applause.”

Condemning President Trump’s recent words behavior, the Journal praised officials like Cipollone for putting the brakes on the President.

“Every official has to search his conscience amid Mr. Trump’s actions, and outside moral judgment is easy and often wrong. Many good people are trying to prevent more bad decisions,” said the Journal.

Outside of the administration, high-profile conservatives and Republicans have urged President Trump to pardon Julian Assange.

These voices include Tucker Carlson, who once again urged the President to trust his instincts in a segment that aired yesterday.

Sarah Palin, the former governor of Alaska and vice presidential candidate, has also backed a pardon for Assange.

“He deserves a pardon. He deserves all of us to understand more about what he has done in the name of real journalism, and that’s getting to the bottom of issues that the public really needs to hear about and benefit from,” said Palin in a video last month.

Others pushing for a pardon include include Rep. Matt Gaetz (R-FL), Rep. Tulsi Gabbard (D-HI), and Rep. Thomas Massie (R-KY).

Allum Bokhari is the senior technology correspondent at Breitbart News. His new book, #DELETED: Big Tech’s Battle to Erase the Trump Movement and Steal The Election, which contains exclusive interviews with sources inside Google, Facebook, and other tech companies, is currently available for purchase.