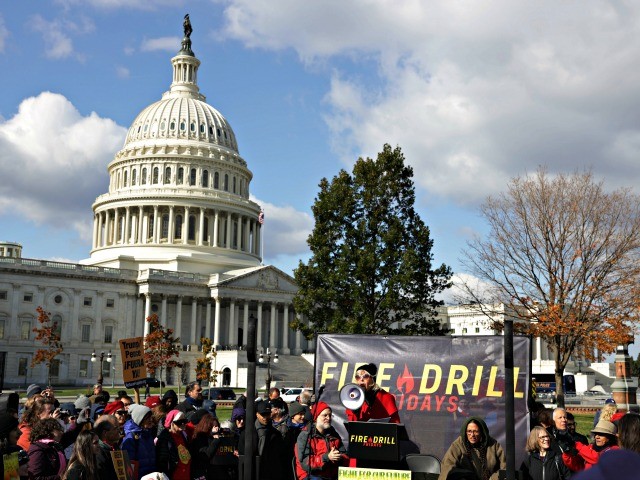 It took time to comb through the almost 6,000 page legislation Congress approved to fund the government and provide relief for Americans from the coronavirus lockdown, but in the end those who believe climate change is an existential threat are happy about what lawmakers stuffed into the bill.

USA Today reported that environmental activists “are touting the $2.3 trillion bill as a potential game-changer thanks to tax breaks for renewable energy sources, initiatives to promote carbon capture storage and a significant phasedown of hydrofluorocarbons (HFCs) that are a key culprit to the planet’s warming.”

And the bill, signed into law by President Donald Trump, reverses much of what the president had done to cut funding for federal climate change programs by adding millions of dollars for those kind of programs for 2021.

USA Today explained some of the content of the bill, which is written in legalistic jargon that can be difficult to understand:

While the sweeping bill has grabbed headlines for the billions it provides in direct payments to millions of Americans and its extension of a forgivable loan program for small businesses crippled by the pandemic, policy provisions that attempt to halt carbon emissions that contribute to climate change could prove far more lasting.

Among the most heralded is a bipartisan move to significantly curb the use of HFCs found in refrigeration, air conditioning, building insulation and fire extinguishing systems. The provision requires the Environmental Protection Agency to implement an 85 percent phasedown of the production and consumption so they reach about 15 percent of their 2011-2013 average annual levels by 2036.

The provisions in the bill also include:

“Supporters of the legislation say the steps will not only help the planet but also expand a clean energy economy that hasn’t always gotten as much support from Washington as they would like,” USA Today reported.

Sen. Tom Carper (D-DE) wrote some of the provisions included in the bill.

“We can ensure American workers lead the national transition to a clean economy,” Carper said. “We can embrace the ingenuity and innovation of American industries while protecting vulnerable communities.”

“Free-market innovation is the key to addressing a changing climate,” Barrasso said. “This bipartisan legislation proves we can protect our environment without punishing our economy.”

The law also includes expanding the federal bureaucracy across federal agencies, including creating the Office of Fossil Energy, the Office of Science, and the Office of Energy Efficiency and Renewable Energy. The Direct Air Capture Technology Advisory Board also would be put in place.