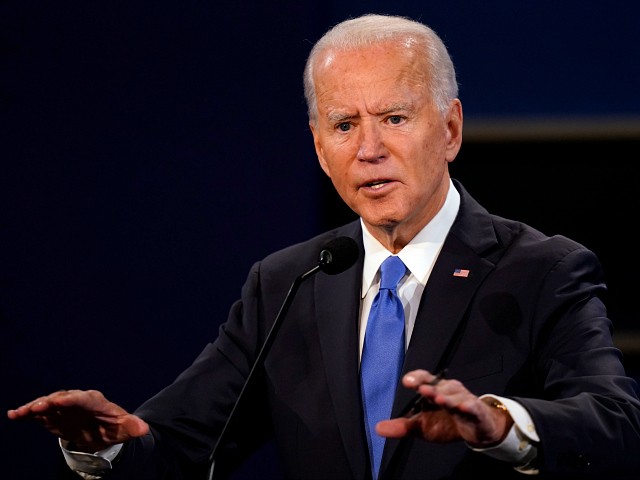 A recent report from Newsweek claims that the Biden campaign received a sizable boost across social media from Indian troll farms. Data analysis shows a large number of Biden’s new Twitter followers are located in small towns in rural India in places where English-speakers are very rare, according to the report.

Newsweek claims in a recent report that Democratic presidential candidate Joe Biden saw his Twitter account receive a sizable boost beginning in August from tens of thousands of fake followers that were purchased from troll farms in India.

The report from Newsweek states that within two weeks of announcing Kamala Harris as his running mate on August 12, Biden enjoyed a jump in Twitter followers of 9.1 percent, or 738,595 new followers. By the third week of October, Biden had 11 million followers.

Newsweek claims that examining Biden’s followers show that a large number of Twitter accounts appear to have been created exclusively to follow the Democratic candidate. Many of Biden’s new Twitter followers are located in small towns in rural India in places where English-speakers are very rare and from handles run by people who don’t speak English as their first language or don’t appear to be very interested in American politics.

Newsweek states that a Zenger News investigation shows that Biden’s increasing social media support in India comes from the country’s infamous troll farms. Kamala Harris is of Indian heritage but her share of Indian followers is far lower than Biden’s at around 0.12 percent.

Indian operators reportedly spoke about how propaganda agencies in New Delhi and Mumbai activated a distributed troll network to amplify Biden’s campaign impact across Twitter. Harshit Patel and Yajpal Yadav discussed their involvement in the campaign in detail over the Telegram app.

Four of his employees, young men who live in the neighborhood, take their stations at long desks that line two walls of the tiny shop, and open up task sheets assigned to them. A Google Doc tells each one of them who to follow, who to retweet, what to retweet and what comments to leave on specific posts.

Using aliases—each worker controls several hundred—they schedule tweets, check engagement stats and, at the close of their shifts, fill up a spreadsheet with their analytics from the previous day.

The troll farm was reportedly started to serve the 2014 Narendra Modi campaign but is now one of the most decentralized and robust troll farms in the world. Patel states that they offer almost anything to paying customers including fake news, Photoshopped images, support and “hate” campaigns, and even incitement to violence.