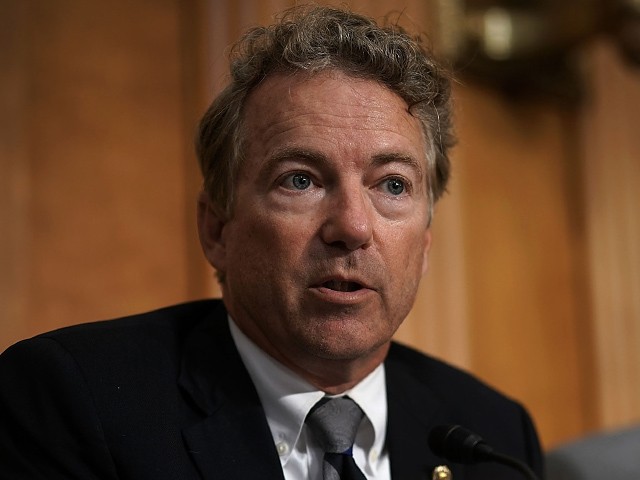 A U.S. government program is using more than $15 million in taxpayer money to send hundreds of foreign students to community college. Upon completion of the program, the students will “return home with new skills and expertise to help them contribute to the economic growth and development of their country.”

While America’s national student loan debt is growing, the State Department’s Bureau of Educational and Cultural Affairs is using taxpayer money to fund community college for about 390 foreign students, according to a “waste report” released last month by Senator Rand Paul (R-KY).

“The State Department is using your taxes to pay the tuition of international students enrolled in American community colleges,” reads the report.

The report adds that, according to the State Department, an exchange program known as Community College Initiative (CCI) “provides scholarships [to students from other countries] to spend up to one academic year at U.S[.] community colleges.”

The CCI program has reportedly been given $15,825,000 of taxpayer money to go toward community college costs for foreign students in the 2019 fiscal year. The report adds that the money spent on foreigners is enough to “cover a full year of in-state tuition for more than 3,200 U.S. community college students.”

“The initiative will cover the costs of ‘approximately 130 program participants from approximately 12 countries, to include Brazil, India, Indonesia, South Africa and other countries (subject to change),’ according to the funding announcement, each academic year,” reads the report.

While the State Department hasn’t nailed down the countries of origin yet (and leaves itself room to make other adjustments along the way), they have so far determined that the lucky students will get to enroll in one of the following areas: agriculture, applied engineering, business management and administration, early childhood education, information technology, media, public safety, or tourism and hospitality management. For some reason, this list excludes several disciplines that would be valuable in many other parts of the world, such as nursing and vocational skills.

“After completing the program, participants return home with new skills and expertise to help them contribute to the economic growth and development of their country,” notes CCI on a State Department website.

According to the senator’s report, students are supposed to earn a certificate or similar credential “whenever possible” once completing the program, but that it is unclear what they will earn “when not possible,” given that “the CCI Program lasts no more than half the time it takes to complete an associate degree.”

“Since this program is so out of step with the Trump administration’s agenda, one might have expected it to have been ended by now,” the report affirms.