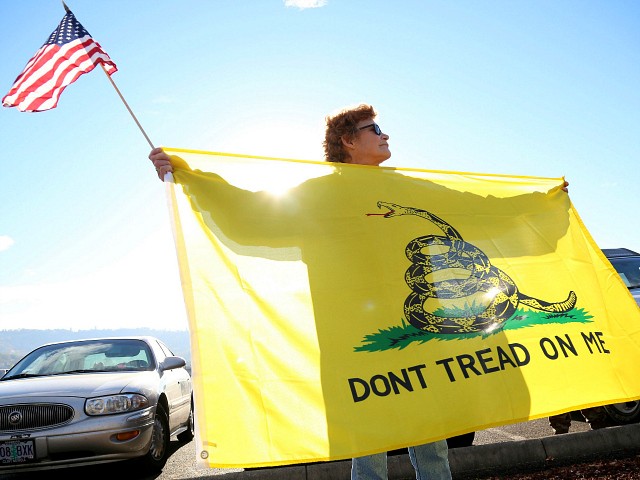 The NRA will be handing out 1,000 30-round magazines in the Virginia Capitol City of Richmond Monday as part of the fight against Gov. Ralph Northam’s (D) gun grab.

The NRA used a Sunday night tweet to explain that Magpul Industries — a renowned magazine and firearm accessory maker — sent 1,000 magazines to the gun rights organization in order to have them given out to pro-Second Amendment Virginians on Monday.

EMERGENCY AIRLIFT: @Magpul_HQ sent us 1,000 30 Round PMAGs to hand out tomorrow in Richmond to NRA members who show up to fight Northam’s extreme gun ban!

We’ll see everyone TOMORROW at the General Assembly Building in Senate Sub-Committee Room #1 on the 5th Floor at 8am! #valeg pic.twitter.com/wovch0bTuU

Monday is January 13, the day on which the NRA has asked its members to flood into Virginia Senate meetings and ensure that pro-Second Amendment voices drown out those calling for gun control.

Democrats in the Virginia legislature have already put forward a number of bills, one of which is Delegate Mark Levine’s (D) HB 961.

Levine’s bill bans “assault weapons,” “high-capacity” magazines, certain triggers, and suppressors, among other things. The bill puts forward a means by which “assault weapon” owners can apply for a license to retain their gun, but the trade-off is that their names are entered into a database.

Owners of “high-capacity” magazines, certain triggers, and suppressors, will have a grace period to get rid of the accessories/devices, after which they will face felony charges for possessing them.

AWR Hawkins is an award-winning Second Amendment columnist for Breitbart News and the writer/curator of Down Range with AWR Hawkins, a weekly newsletter focused on all things Second Amendment, also for Breitbart News. He is the political analyst for Armed American Radio. Follow him on Twitter: @AWRHawkins. Reach him directly at [email protected]. Sign up to get Down Range at breitbart.com/downrange.

Texas Just Says No to New Refugees in 2020