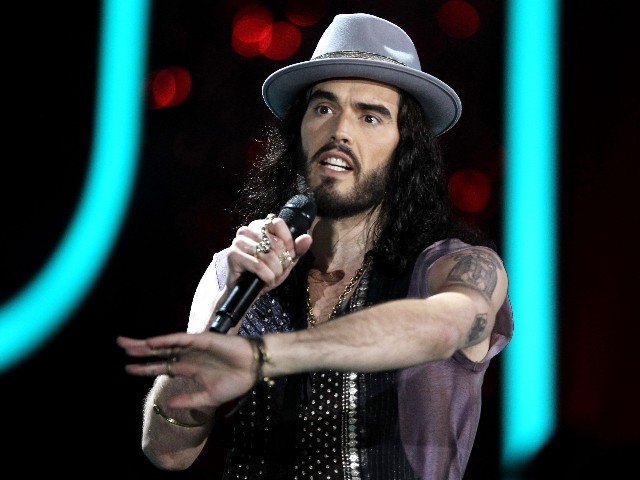 Unlike all the left-wing posers in the world of entertainment who shamelessly toe the line when it comes to the establishment’s “approved” lines of thought and who then declare themselves brave for bravely siding with the government, big business, and big media, actor-comedian Russell Brand actually said something brave the other day.

“Did the media and social media conspire together to keep information about Joe Biden and Hunter Biden’s relationship with foreign energy companies out of the media?” Brand asked rhetorically. “The answer is: Yes, they did.”

Brand spoke this truth in a video introducing a clip from his podcast Under the Skin where he interviewed independent journalist Glenn Greenwald about this appalling collusion.

“Some of the most powerful people in the world, the Masters of the Universe in Silicon Valley — none of them elected, most of them anonymous — turned dials to increase or decrease the flow of critical information the American electorate needed to make informed decisions in the presidential race,” writes Marlow.

Marlow goes on to point out how the suppression of negative Biden stories (Hunter Biden’s laptop story is the most egregious example) and positive Trump stories were part of a coordinated, deliberate, and dishonest scheme designed to damage Trump’s reelection chances by misinforming the public.

Although he’s no Republican, and says so, Brand saw the exact same thing happen. Later in the video he says:

Look, I’m not a pro-Republican person. I don’t see myself that way. I don’t see myself as a conservative, or that I’m in a Trump or Giuliani or media establishments that were reporting on these revelations, they are not my cultural, social, or political allies. That’s certainly not how I see myself. However, it seems to me that what reason is Hunter Biden  on the board of an energy company in the Ukraine? What reason is [Joe Biden’s brother] James Biden  on the board or receiving payments from an energy company in China?

[F]or me, revelations that there are financial connections between energy companies in the Ukraine, energy companies in China, and the Biden family are troubling. That should be public knowledge. And it’s even more troubling that Twitter and Facebook and the media at large deliberately kept it out of the news because they didn’t want it to influence the election. What is democracy, then? It suggests to me that democracy is, ‘We want you to vote for this person. We don’t want you to vote for that person.’

As I’ve said … I don’t think Donald Trump’s the answer, but I’m sad to realize that I can no longer even claim to believe that Joe Biden or the Democratic Party might be the answer, because look at how they behave. And look at the relationships between media, social media, and that party. They conspired to keep information away from you because it was not convenient to their agenda.

None of what Brand (or Marlow) said is opinion. It is fact.

The New York Post’s bombshell reports about the disclosures on what is almost certainly Hunter Biden’s laptop, and what those disclosures reveal about the Biden family’s corruption, were openly and proudly suppressed by the corporate media and Big Tech.

Then you have all the fake fact checking (the Wuhan lab leak) on top of the flat-out lies (Trump called Nazis very good people) on top of the canceling and blacklisting and throttling to silence dissident voices.

Good on Brand for speaking up. Let’s hope some others in his field find the same moral courage.