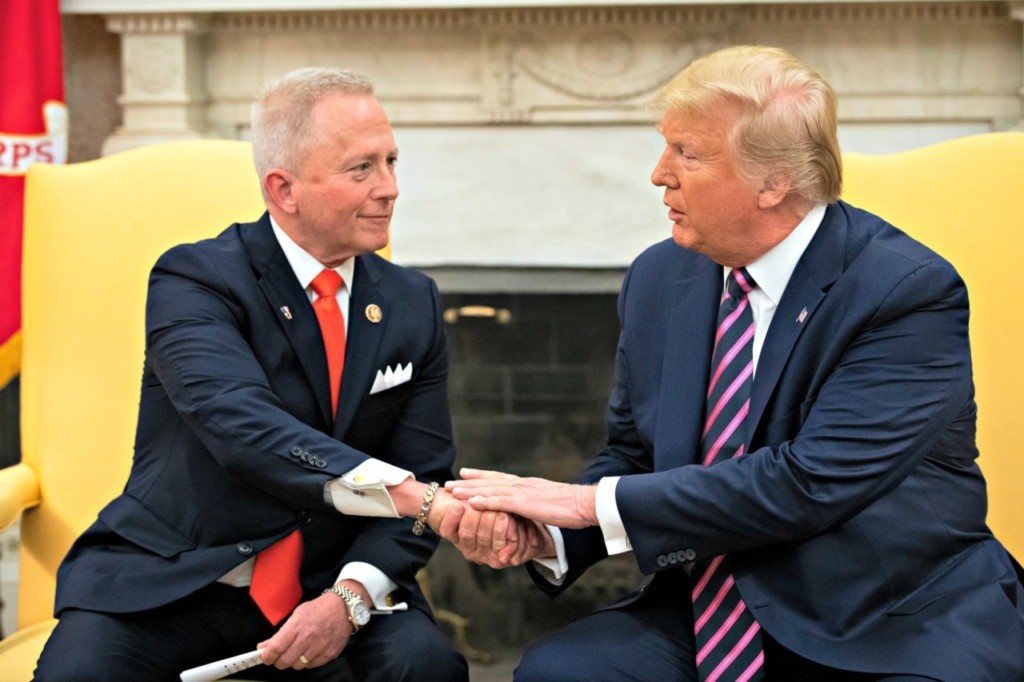 The New Jersey Department of Transportation announced on Friday it has scheduled construction to begin in a major traffic artery in Cape May County on Monday just a few miles from the site of President Trump’s rally in the state on January 28.

There is just no way that the state of New Jersey would close Route 47, also known as Delsea Drive right before United States President Donald Trump is set to come to Wildwood; Unless it was an absolute necessity. Right?,

I have lost track of the number of people who have asked me if this is a circus stunt by New Jersey Governor Phil Murphy … in order to politically retaliate against President Trump, right before his fast-approaching Tuesday, January 28, 2020 Rally at The Wildwoods Convention Center?

Tens of thousands of people will be traveling to Wildwood, New Jersey.

It begs the question: Is this Bridgegate 2? (emphasis added)

“Bridgegate” refers to a controversial traffic construction decision made during the administration of New Jersey’s Republican Gov. Chris Christie which ended in the conviction of two of his staffers:

Bill Baroni and Bridget Kelly, former staffers for New Jersey Gov. Chris Christie, have appealed the sentences they received for their role in the “Bridgegate” scandal in 2013.

Baroni, the former deputy executive director of the Port Authority of New York and New Jersey, and Kelly, Christie’s deputy chief of staff, were convicted in 2016 and sentenced to prison in the case. Prosecutors said the staffers created traffic jams in Fort Lee, N.J., by way of the George Washington Bridge, as political retribution for its Democratic mayor for not supporting the Republican Christie’s gubernatorial bid.

The U.S. Court of Appeals for the 3rd Circuit upheld the convictions, ruling Kelly and Baroni engaged in deception when they fabricated a study to justify changing traffic patterns.

Those convictions are currently being heard on appeal by the U.S. Supreme Court.

The Press of Atlantic City reported on Friday that “The state will close parts of Route 47 from Monday through sometime in June, the Department of Transportation said Friday.”

Traffic will be will be detoured in both directions between Indian Trail Road and Springers Mill Road beginning 7 a.m. Monday. Local access will be maintained for residents and businesses, and the route will be signed.

The detour will take motorists from Route 47 to Route 9 and back.

“If the sinkholes are a priority and safety hazard; than all of the conspiracy theorists should cease and desist. However, I expect this criticism to mount as more and more people find out about it,” talk radio host Hurley noted on Sunday:

Route 47 is a New Jersey state highway in Southern New Jersey. It runs a total length of 75.20 miles, from Wildwood, Cape May County, New Jersey to U.S. Route 130 in Brooklawn, Camden County.

It runs through rural areas of Cape May and Cumberland Counties. It’s a two-lane road, but, it moves a lot of traffic.

During the summer months, there are regular traffic jams (miles long) on Route 47. There will be summer-like traffic conditions during President Trump’s rally and this road will not be accessible in key areas of travel. It’s going to be a major problem.

Big crowds are expected at the January 28 Trump rally, as New Jersey 101.5 reported:

With President Donald Trump coming to South Jersey on Jan. 28 to hold a rally with Congressman Jeff Van Drew, who switched parties and joined the GOP in December, the resort city of Wildwood is in scramble mode.

Mayor Pete Byron said the Wildwood Convention Center can hold about 7,500 people but the White House is issuing at least 15,000 tickets for the event.

“The crowds are going to be an issue and you’re going to have to wait in line for probably hours and there’s no guarantee you’re going to get in,” Byron, a Democrat who welcomed news of the rally, said.

You can read the New Jersey Department of Transportation press release from Friday here.

Breitbart News contacted the New Jersey Department of Transportation spokesperson listed on the press release and left a message asking for an explanation of the timing of the construction and answers to these three questions:

The New Jersey Department of Transportation has not responded to questions.