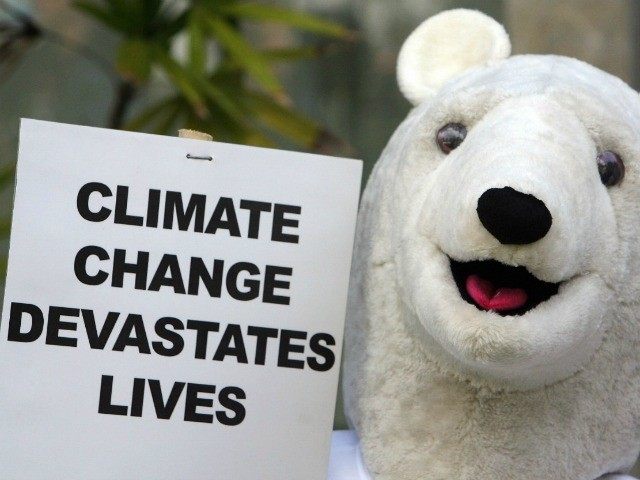 NewsGuard quotes me as saying (in the course of its danger warning to readers thinking of flirting with Breitbart News):

“When amateurs on a blog know more about science than the guys on multi-million dollar grants at U.S. academic institutions informing global energy and environment policy, you know that the time has come to drain the swamp,” Delingpole wrote.

And it presents it as though this were a bad thing to have written.

Why? Because apart from being demonstrably true, it captures so perfectly the reason why I became something of a climate change specialist in the first place.

It wasn’t — let me assure you — because I found myself suddenly captivated by the how-many-angels-can-dance-on-the-head-of-a-pin debate in certain scientific ghettos as to the extent to which tiny increases in the otherwise harmless trace gas we exhale every few seconds and that we use in greenhouses to help plants grow faster are warming the planet at a catastrophic and unprecedented rate.

No, much simpler than that, it appealed to my most basic journalistic instincts: here was a story which most of the mainstream media was covering extremely, embarrassingly badly; where the facts were almost diametrically opposite to the breast-beating, hysterical, junk science narrative presented at outlets like the BBC, CNN, and the New York Times; where there was so much low-hanging fruit, so many examples every day of greed, corruption, stupidity, mendacity, and incompetence on the most epic scale — all of it costing us taxpayers a fortune, making the world a more miserable place to live in and — the biggest joke of all — actually harming the planet in the process.

How could any journalist resist an opportunity like that?

So this is one of the things I now do for Breitbart News: I report the truth about climate change — and about the vast money-grubbing industry built around it.

And now, rather than demonstrate where I’ve got my facts wrong (which it can’t do), NewsGuard has instead resorted to the desperate rhetorical fallacy known as the Appeal to Authority.

Yes. Dur. Of course, they have! “Fact-checking organizations” are very much part of the groupthink-driven liberal Establishment I criticize in my articles. (As are: virtually the entirety of academe; schools; publishers; Hollywood; the mainstream media; the United Nations; the corporations; the big law firms; the European Union … I could, of course, go on and on).

They’re part of the so-called “Consensus” on global warming. And what I do, every few days, much to their annoyance, is provide compelling evidence as to why they are wrong.

For some random reason, NewsGuard’s top team of forensic experts has chosen to focus on a story I wrote in February of last year:

In a February 2018 story with the headline “Delingpole: NOAA Caught Adjusting Big Freeze Out Of Existence,” Delingpole repeated a claim he has made frequently – that climate scientists have “adjusted past temperatures to look colder than they were and recent temperatures to look warmer than they were” and said the adjustments are “well beyond the regions of error margins or innocent mistakes and deep into the realm of fiction and political propaganda.”

Climatefeedback.org, a fact-checking site that uses researchers to review the media’s treatment of climate change research, found the claim misleading, noting that “some scientifically necessary data adjustments in some places do have the effect of producing a stronger warming trend than would be seen without adjustments, but others do the opposite. Together, these adjustment actually reduce the overall global warming trend.”

Rather churlishly, they don’t include a link — so here it is.

It’s one of many stories I’ve written in a similar vein, largely because it’s just about the biggest ongoing scandal of all in the climate change industry: the way that tax-payer funded institutions like NASA and NOAA are cooking the books — adjusting the raw temperature data in both the past and present in order to suit their alarmist agenda.

That isn’t science — that’s politics. And it gives the lie to the notion endlessly promulgated by alarmists that the science is settled. If the science really were settled — so true, so observably the case beyond all reasonable doubt — then there would be no need to exaggerate the evidence, would there?

As for their claim that those data adjustments are justifiable: don’t believe a word. In almost every case, these dodgy gatekeepers of the temperature datasets have cooled past temperatures and warmed more recent ones (notably the Big Freeze that racked the U.S. in the winter of 2017/18) in order to create a more dramatic looking warming curve. And they’ve never plausibly justified these amendments. If the Urban Heat Island effect is causing weather stations to give false data — then it is present-day temperatures that should be adjusted downwards and past temperatures upwards, not the other way round.

But I see that I’ve wasted far, far too much of my time on NewsGuard’s silly criticisms. If you judge a man by the quality of his enemies, then pathetic attacks must make me just about the world’s biggest loser.

So thanks, again, NewsGuard. Only this time, I’m being sarcastic.