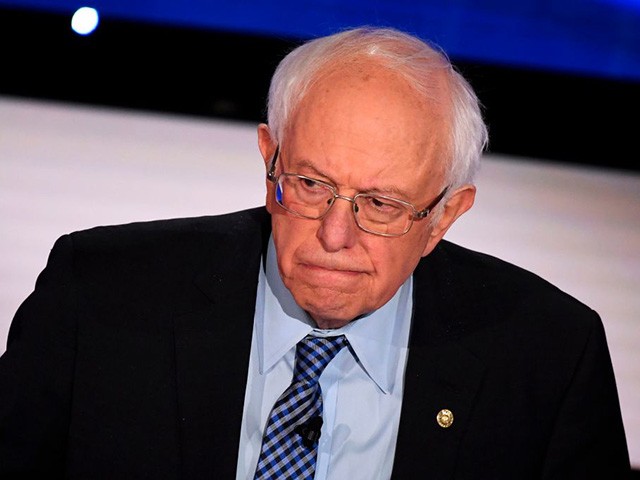 The New York Times did not endorse Sen. Bernie Sanders (I-VT) for president, citing his age and calling his health a “serious concern.”

The Times officially endorsed both Sens. Elizabeth Warren (D-MA) and Amy Klobuchar (D-MN) on Sunday. While the editorial board commended Sanders for his decades of “advocating revolutionary change” and noted that many of his ideas, like universal health care and paid family leave, are now embraced in the mainstream Democrat Party, the Times demonstrated concern about his age and health:

Mr. Sanders would be 79 when he assumed office, and after an October heart attack, his health is a serious concern. Then, there’s how Mr. Sanders approaches politics. He boasts that compromise is anathema to him. Only his prescriptions can be the right ones, even though most are overly rigid, untested and divisive. He promises that once in office, a groundswell of support will emerge to push through his agenda. Three years into the Trump administration, we see little advantage to exchanging one over-promising, divisive figure in Washington for another.

“Good news, then, that Elizabeth Warren has emerged as a standard-bearer for the Democratic left,” the Times added, praising her as a “gifted storyteller.”

Sanders, however, has maintained that he is physically capable of assuming the role of the presidency, releasing letters from his doctors last month, who gave him a clean bill of health and described him as “in good health currently.”

“You have been engaging vigorously in the rigors of your campaign, travel and other scheduled activities without any limitation,” Dr. Brian Monahan, the attending physician at the U.S. Capitol, wrote.

“Your heart muscle strength has improved. You have never had symptoms of congestive heart failure. The heart chamber sizes, wall thickness, estimated pressures, and heart valves are normal,” he wrote.

Sanders also provided a letter from his cardiologists, who expressed confidence in Sanders’ mental and physical stamina.

“At this point, I see no reason he cannot continue campaigning without limitation and, should he be elected, I am confident he has the mental and physical stamina to fully undertake the rigors of the presidency,” Sanders’ cardiologist, Dr. Martin LeWinter of the University of Vermont, stated.