Emerson is a respected polling outfit. It’s not a bunch of kids doing a science project.

If we go into Election Day with Biden up just four points in the polls, Trump wins the Electoral College, and maybe the popular vote too. 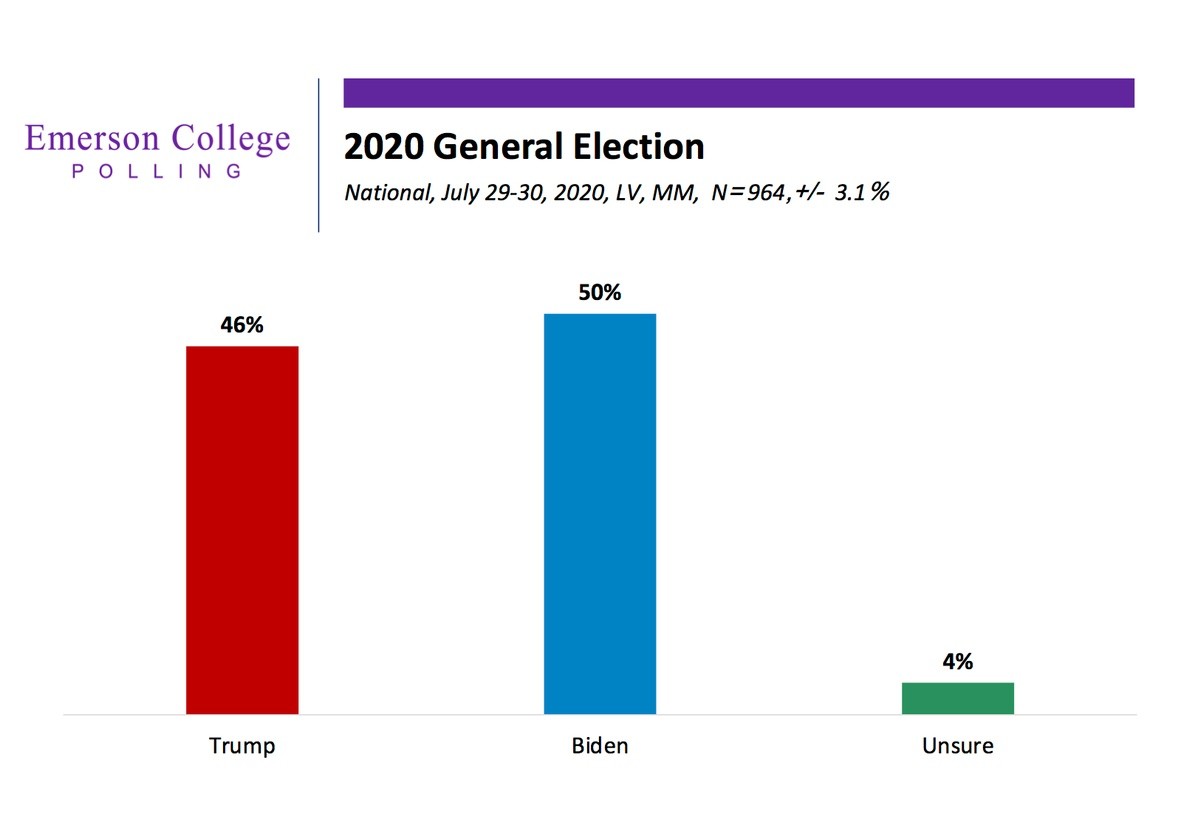 A majority of voters, 53%, think Trump will win the election.

Here is some more of the breakdown:

Regarding Trump’s overall job approval as president, 45% of voters approve and 51% disapprove, a slight increase in both numbers from June (43% favorable /50% unfavorable). Among Independent voters, 42% approve and 55% disapprove.