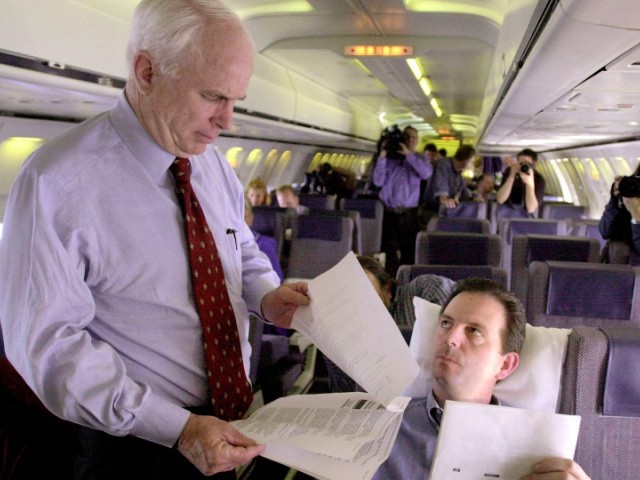 John Weaver — the co-founder of the anti-Trump super PAC Lincoln Project — addressed the “inappropriate” sexually charged messages that he has been sending to men, stating that he is gay.

“The truth is that I’m gay. And that I have a wife and two kids who I love. My inability to reconcile those two truths has led to this agonizing place,” said Weaver in a statement to Axios on Friday.

“To the men I made uncomfortable through my messages that I viewed as consensual mutual conversations at the time: I am truly sorry,” he added. “They were inappropriate and it was because of my failings that this discomfort was brought on you.”

Weaver recently fell under scrutiny after several men on social media alleged that the Lincoln Project co-founder sent them unsolicited and sexually charged messages, some of which included offers of employment and political perks.

“For too long I have tried to live a life that wasn’t completely true, where I cleaved off an important part of myself in order to maintain what I thought was happiness and normalcy in the other part,” said Weaver.

“I was lying myself, to my family who gave me nothing but unconditional love, and to others, causing a great deal of pain to all,” added the Lincoln Project co-founder.

Some of Weaver’s past work includes serving as a top adviser to politicians like John McCain and John Kasich. Since President Donald Trump’s involvement in the Republican Party, Weaver has shifted his focus to spearheading the so-called “Never Trump” movement.

“I have the most beautiful, loving and courageous family who I deceived all these years. I don’t deserve you. But I love you with all of my heart and I’m so sorry that you have to suffer for my mistakes,” added Weaver in his statement.

Weaver added that he took a medical leave of absence from the Lincoln Project last summer and that he will not be returning to the group.