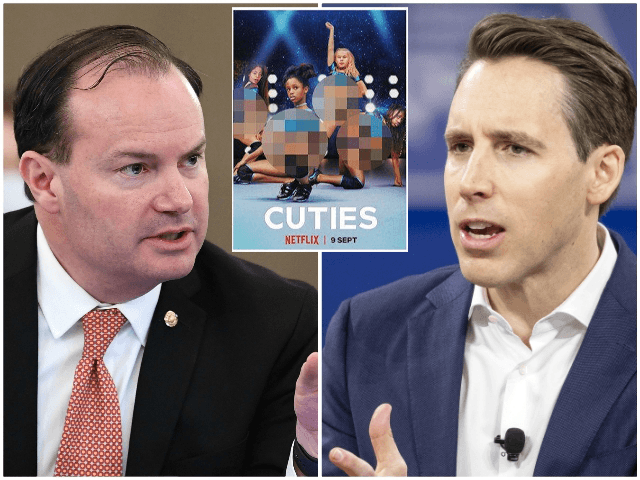 The controversy surrounding Netflix’s Cuties has drawn the scrutiny of two U.S. senators who are demanding that the streaming service explain why it released the movie, which depicts underage girls performing raunchy dance moves and simulated sexual acts.

In separate letters sent to Netflix on Friday, Sens. Mike Lee (R-UT) and Josh Hawley (R-MO) said the company’s decision to release the French movie raises questions about child safety and exploitation. Sen. Lee said that his staff is reviewing the film and the relevant laws to determine whether the movie should be referred to the  U.S. Attorney General for an investigation.

“I understand this film contains a broader storyline,” Sen. Lee wrote. “However, the film’s sexualization of young girls—if not itself the sexual exploitation of the child actors–will certainly contribute to child sexual exploitation by others. At a minimum, it is certainly inappropriate and morally wrong to sexualize minors, regardless of whether the depiction is fictional.”

Sen. Lee asked Netflix co-CEO Reed Hastings to provide an “explanation on your views as to whether or not the potential exploitation of minors in this film constitutes criminal behavior.”

This exploitation of minors will not be tolerated.https://t.co/U5xNWnfRCC

In his letter, Sen. Hawley asked Netflix to “immediately remove” Cuties from its streaming platform. He also sent the company seven questions about the movie’s release, including queries about the movie’s marketing campaign and how Netflix’s proprietary algorithm that makes personalized recommendations to viewers will treat the movie.

The senator noted that the original French movie poster depicts the young cast members throwing confetti in the street while Netflix’s poster features a shot of the underage girls performing the sexual dance sequence.

.@Netflix should explain to the public why it is distributing a film, “Cuties,” that appears to sexually exploit children and endanger child welfare pic.twitter.com/OZH4HCLy0Y

Cuties (Mignonnes) tells the story of an 11-year-old French girl who attempts to rebel against her oppressive Senegalese Muslim family by joining a twerking troupe. The movie features an extended dance sequence in which the young girls perform a provocative dance number, complete with pelvic gyrations and suggestive touching of their crotches.

Netflix is standing behind Cuties, saying in a statement this week that the movie offers a “social commentary against the sexualization of young children.” The streamer acquired the movie in January after the French-language movie screened at the Sundance Film Festival, where it won a prize for directing.

Barack and Michelle Obama, who have a production deal with Netflix, has so far remained silent on the Cuties controversy, as has former Obama national security advisor Susan Rice, who sits on the company’s board of directors.

The Media Gotcha Game With Trump is Wearing Thin

I Won an Election on ‘Strong Borders’