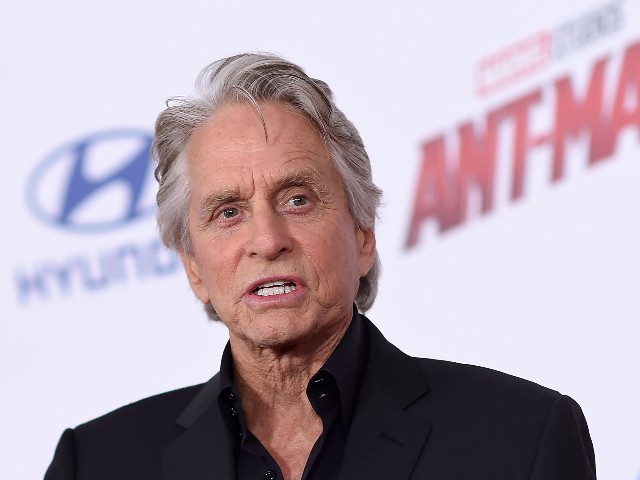 Oscar-winner Michael Douglas is the latest celebrity to voice support for H.R. 1 — the so-called “For the People Act” — claiming that it is the “most powerful support of American democracy since the Voting Rights Act.”

In a video message, Michael Douglas claimed H.R. 1 will “force our government to represent us again” and will heal the divisions in our political system. But he didn’t mention that the bill will gut voter identification requirements, shield illegal aliens, and allow the federal government to seize power from states to oversee their own elections.

House Speaker Nancy Pelosi (D-CA) recently admitted H.R. 1 will give Democrats a better chance of holding the House in the upcoming 2022 midterms.

Douglas recorded the video message for RepresentUs, a self-described “post-partisan” group whose stated goal is to ensure electoral integrity. The organization has aggressively pushed for mass-mail voting, claiming it will make elections safer and more inclusive.

Represent Us executive director Josh Silver has falsely claimed that voting by mail is the same thing as absentee voting.

As Breitbart News previously reported, the two are not the same. Universal mail-in voting doesn’t require a voter to request a ballot. Instead, registered voters are mailed a ballot unsolicited. By contrast, absentee voting requires a voter to request an absentee ballot before election day.

The left has recruited numerous Hollywood celebrities to aggressively push H.R. 1 in the hopes that the Senate will pass the bill. The Democrat-controlled House passed the bill last year 234–193.