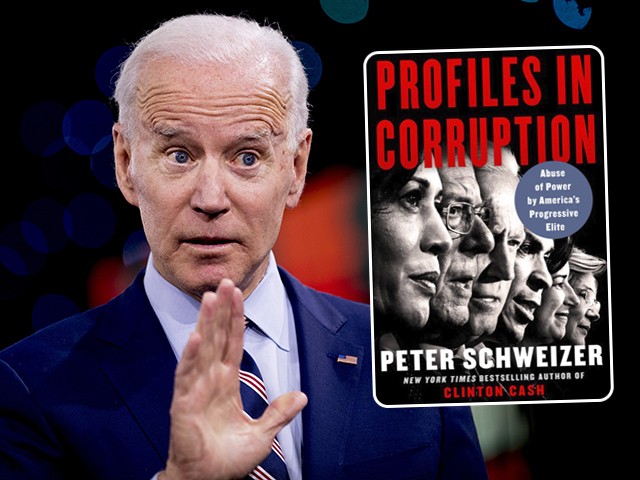 “We talk about China as our competitor, we should be helping and benefiting ourselves by doing that,” Biden told supporters during a Tuesday campaign event in Ames, Iowa. “But the idea that China is going to eat our lunch — It’s like I remember the debates in the late nineties — remember Japan was going to own us? Give me a break.”

Biden made similar remarks in May, where he scoffed at the idea of China would overtake the U.S. amid their widespread issues with corruption.

“China is going to eat our lunch?” Biden asked during a campaign event in Iowa City, Iowa. “Come on, man… they can’t figure out how they’re going to deal with the corruption that exists within the system.”

“They’re not bad folks, folks… They’re not competition for us,” he then added dismissively.

The comments were met with sharp rebuke from President Trump and other top Republicans. The president’s eldest son, Donald Trump Jr., pointed out that Hunter Biden cut business deals with a Chinese bank with strong ties to Beijing’s communist party. Such revelation was detailed in New York Times best-selling author and Breitbart News senior contributor Peter Schweizer’s book Secret Empires, which outlined how Hunter Biden’s private equity firm secured $1.5 billion from the state-owned Bank of China while his father was vice president.

In June, Biden seemingly flip-flopped on his comments about China by expressing worry about the country’s technological advancements.

“You bet I’m worried about China—if we keep following Trump’s path,” the former vice president said. “While Trump is tweeting, China is making massive investments in technologies of the future.”

“While Trump is attacking our friends, China is pressing its advantage all over the world,” he added.

Kirin Global Enterprise Limited was an investment vehicle run by Xiangyao (or Yaojun) “Larry” Liu and Guo Jianfeng, according to Schweizer. “Very little is known about Kirin or its two principals, other than the fact that they invest heavily in mainland Chinese real estate,” he writes. Harvest Global Investors was a Chinese investment firm linked to the government in Beijing.

Burnham also had a financial relationship with Russian Oligarch Yelena Baturina, a billionaire with extensive political connections in Moscow and links to Russian organized crime, according to Schweizer. Archer said Baturina invested $200 million into “various investment funds” with which he was involved.

Biden’s stance on China stands in stark contrast to President Trump’s position toward Beijing. A key promise of the president’s economic agenda is to reverse the Asian country’s unfair trade practices — a pledge which continues to materialize with last week’s signing of the phase one trade agreement. As part of the deal, China agreed to purchase additional U.S. products, while President Trump agreed to roll back several tariffs imposed on Chinese imports.