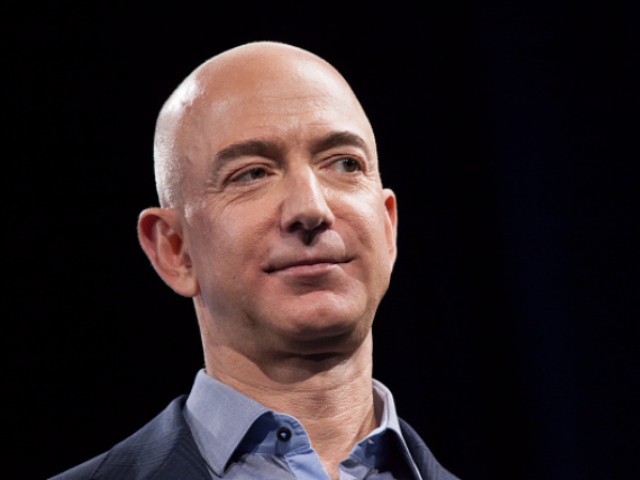 Jeff Bezos has built an empire with his immense wealth and owns many things. We can now add the Washington Football Team to the list of things he would apparently like to own.

According to a report in Front Office Sports, a lawyer representing Bezos met with a Baltimore-based sports investment firm, Moag & Co., that spearheaded the effort to sell a portion of the team.

On Monday morning, a filing that mentions Bezos’ attorney was made in a New Delhi courtroom. It was part of Snyder’s defamation lawsuit, originally filed in August, against Indian media company MEA WorldWide.

In that lawsuit, Snyder’s attorneys claimed that MEA WorldWide published a string of false stories and social media posts erroneously stating Snyder had ties to sex trafficking and was close to sexual predator Jeffrey Epstein.

Snyder’s lawyers wrote that John Moag, the founder of Moag & Co., had advance knowledge of MEA WorldWide’s ‘corrupt disinformation campaign by, among other things, spreading malicious lies’ about Snyder.

The “corrupt disinformation campaign” that Snyder alleges took place, began on the same day, July 16, that the Washington Post ran stories alleging harassment of female employees at the Football Team.

The team’s three minority owners then moved to sell their minority shares in the organization, a sale which is now being blocked in court by Snyder.

Moag and Co. were hired to sell those shares.

As it stands, if Bezos were allowed to purchase the total of the minority shares at stake, he would be buying a 40% share in the team. So, Bezos would not be “calling the shots” so to speak.

However, do not forget the NFL investigation of the harassment claims against the Snyder-owned Football Team. If those allegations prove true, or at least sufficiently publicly damning, Snyder could face enough pressure from the other 31 owners that he would feel compelled to sell the team.

For now, Snyder has steadfastly maintained he has no desire to sell the team.