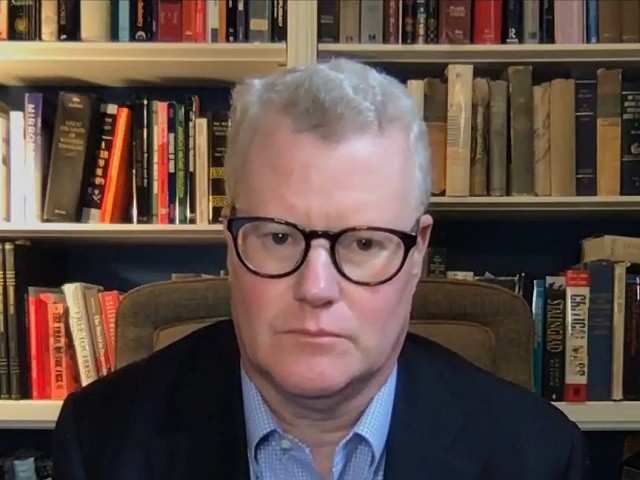 On Thursday’s broadcast of the Fox News Channel’s “America Reports,” Hudson Institute Senior Fellow David Asher, who was part of an investigation into the origins of COVID-19 during the Trump administration that was reportedly shut down by the Biden administration, stated that the investigators were finding “almost no evidence” for COVID-19 originating naturally, and the data “disproportionately” pointed to the virus originating from “a lab or some supernatural source.”

Asher said, “Well, we were finding that despite the claims of our scientific community, including the National Institutes of Health and Dr. Fauci’s NIAID organization, that there was almost no evidence that supported a natural, zoonotic evolution or source of COVID-19. … [T]he data disproportionately stacked up as we investigated that it was coming out of a lab or some supernatural source.”