I Won an Election on ‘Strong Borders’ 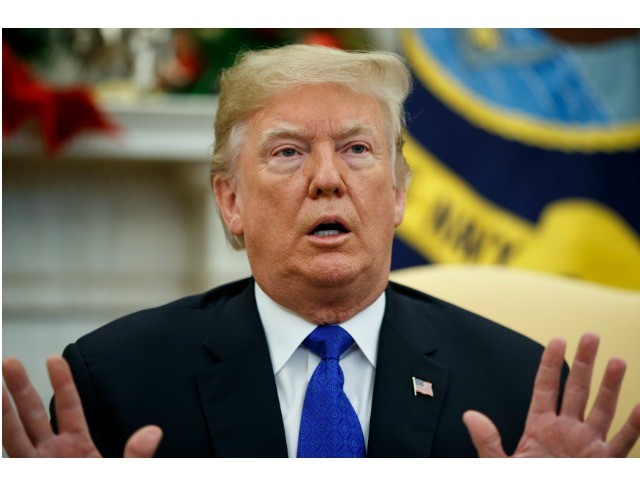 President Donald Trump pointed to his 2016 win, crediting it in part to a platform of strong borders as he fought Saturday for $5 billion in border barrier and security funding.

Trump remained in Washington, DC, Saturday as he met with legislators and worked to end a government shutdown that started Friday after midnight. The president had been adamant that a funding bill include money for border security to the tune of $5 billion.

A group met with the president at the White House Saturday about border security concerns.

Will be having lunch in White House residence with large group concerning Border Security.

“We are negotiating with the Democrats on desperately needed Border Security (Gangs, Drugs, Human Trafficking & more) but it could be a long stay,” the president said in a morning message about the fight to fund border security.

Congress failed to pass a funding bill through both the House and Senate that included the $5 billion in border security funding to build border barriers. The House passed a version, but the Senate did not.

Just hours before the partial shutdown the president issued a message about the importance of funding physical barriers and border security:

OUR GREAT COUNTRY MUST HAVE BORDER SECURITY! pic.twitter.com/ZGcYygMf3a

“We want people to come in through a legal process,” Trump clarified as he emphasized the importance of preventing illegal immigration. “It’s very dangerous out there, drugs are pouring in, human trafficking, so many different problems including gangs like MS-13,” he declared. “The only thing that is going to stop that is great border security…we need a great barrier and if we don’t have it, it’s never going to work.”