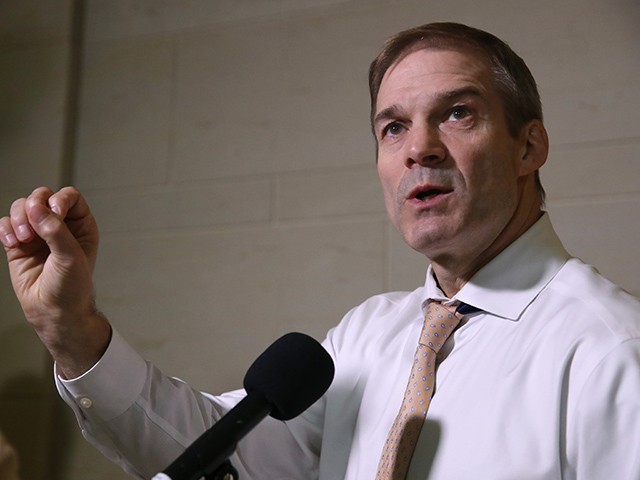 The Ohio Republican congressman reminded Fox News viewers that Democrats dedicated for years to the “Russia hoax” but do not want to allow four weeks for an investigation into this year’s presidential election.

“We need to investigate,” he said. “Look, the Democrats spent four years investigating the Russian hoax, but they don’t want to take four weeks investigating the integrity of this election when you have all these affidavits, you have all these concerns? You had this situation in Michigan where 6,000 votes went for Biden, but they were actually supposed to go for President Trump. So we need to investigate. I love your opening, Judge, because you asked so many ‘why’ questions. Any time you do an investigation — I’m involved with lots of investigations in the Congress. You always ask the why question because it gets to motive.”

“Why didn’t Democrats want Republicans to observe the count?” Jordan continued. “Why did it seem like on election night that all the important swing states that kept counting the president won. But the swing states that took a several-hour pause in the count, the president ended up losing? Why did that happen? Why don’t the Democrats want to know? And frankly, in the state of Pennsylvania, which I spent five days in after the election — why were some counties allowed to cure their ballots — let voters in those counties cure their ballots but other counties couldn’t? Why did some counties allow a pre-canvas of ballots, but other counties didn’t? And why did some counties set up temporary satellite voting places, but other counties didn’t? You can imagine which counties did those things and which counties didn’t — all those important ‘why’ questions. Why don’t Democrats want to know? Again, they spent four years investigating this fake Russian thing. But they can’t spend four weeks to get at the integrity of the American elections system and figure out what exactly took place? That’s why Americans want this to continue and want to get the truth.”