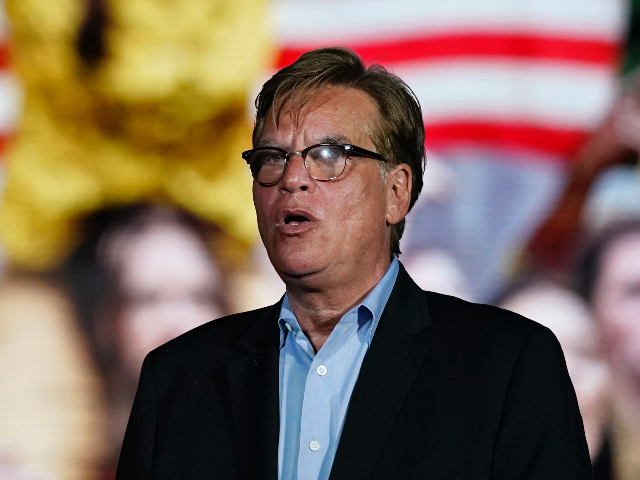 Screenwriter-director Aaron Sorkin used his Golden Globes win on Sunday as an opportunity to get on his political soapbox, quoting radical leftist Abbie Hoffman to condemn the Capitol Hill riots of January 6.

Aaron Sorkin won an award for his screenplay for the Netflix movie The Trial of the Chicago 7. In his acceptance speech, the Hollywood writer, known for The West Wing and The Newsroom, quoted the late left-wing activist Abbie Hoffman, who is one of the protagonists of the historical drama.

Aaron Sorkin wins the award for Motion Picture Screenplay for @TrialOfChicago7 at The #GoldenGlobes. pic.twitter.com/iDQ2TgpTWC

“Democracy is not something you believe in or a place to hang your hat, but it’s something you do. You participate. If you stop doing it, democracy crumbles,” Sorkin said, quoting Hoffman.

He added: “I don’t need any more evidence than January 6 to agree with this.”

Sorkin, who created NBC’s The West Wing, was one of Hollywood’s most passionate anti-Trump voices during the presidential race last year.

Sorkin has repeatedly bashed Trump in the media. In a 2017 interview with The Hollywood Reporter, he described the president as a “dumb guy” with an “observable psychiatric disorder.”