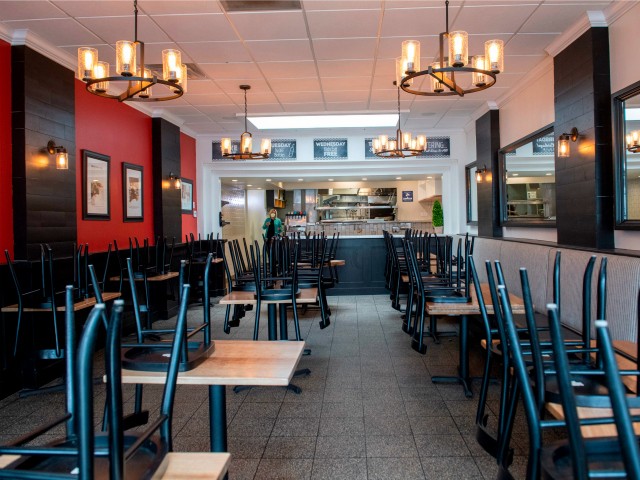 Democrat Gov. Gavin Newsom’s tightening coronavirus lockdown will affect millions of people across large swaths of California as a three-week stay-at-home order will be put in place based on the availability of intensive care treatment.

Newsom announced Thursday he was “pulling the emergency brake” in reaction to another surge of virus cases in the state, the daily average of new cases in California climbing above 15,000 in the past week.

Newsom also claimed, even as law enforcement and local officials across the state are refusing to comply with orders already in place, there is “light at the end of this tunnel.”

The San Francisco Chronicle reported what is expected in the coming weeks:

The orders, which do not immediately impact the Bay Area, will close personal care services such as hair and nail salons, playgrounds, bars and wineries, movie theaters, museums and zoos in places where fewer than 15 percent of intensive care unit beds are available across an entire region. ICU capacity will be tracked in five regions: Bay Area, rural Northern California, Greater Sacramento, San Joaquin Valley and Southern California, stretching from San Luis Obispo to the Mexican border.

Retailers, grocery stores and other businesses in those regions that are allowed to remain open will have to operate at 20 percent capacity, and restaurants will be able to offer only takeout or delivery. No outdoor or indoor dining will be allowed. Schools that have received a waiver to reopen can continue to offer in-person classes.

The orders will remain in effect for at least three weeks after the state imposes them and can be lifted only if the available ICU capacity in the region is projected to rise above 15 percent again within four weeks after that. At that point, counties in the region will return to one of the state’s current color tiers, with associated restrictions, based on their individual case rates. The state is also reinstating a ban on all nonessential travel statewide, a move intended to reduce mixing between households and discourage family gatherings ahead of the holidays. It includes an exemption for outdoor exercise.

“Los Angeles County and the city of Los Angeles adopted their own modified stay-at-home orders this week, largely prohibiting people from gathering outside their immediate households but allowing retail businesses, parks, beaches, golf courses and tennis courts to remain open,” the Chronicle reported. “Republican leaders immediately slammed the new order as excessively harsh and questioned the scientific rationale behind the move.”

“Gov. Newsom continues to disrupt life as we know it without releasing the full data behind his decisions or showing the impact his actions are having on our lives,” State Senate Republican Leader Shannon Grove of Bakersfield said in a statement. “The governor owes the state leadership that is committed to transparency and accountability.”