Gaetz on Soleimani Hit: The World Is Witnessing a Change from the Obama-Bush Middle East Regime-Change Doctrine 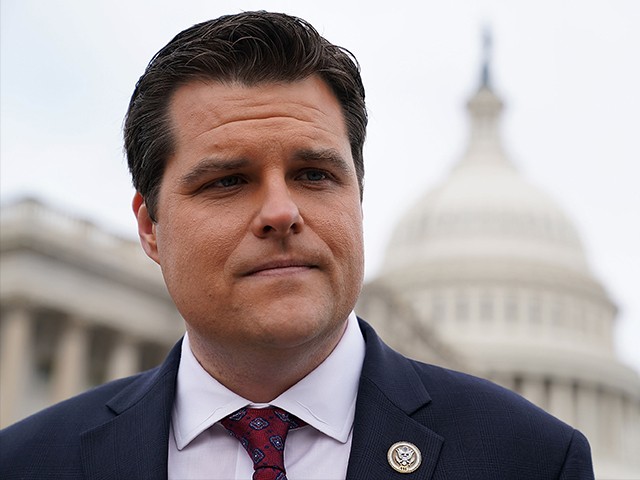 During an appearance Friday on Fox News Channel’s “The Ingraham Angle,” Rep. Matt Gaetz (R-FL) defended President Donald Trump’s use of force to kill Iran elite Quds military force commander Qasem Soleimani.
Gaetz referred to President Donald Trump’s remarks arguing the strike was being used to stop a war, which he said was evidence of a “change in doctrine.”

“The president would need congressional authorization to start a war with Iran, but as the president made very clear, this was an effort to protect our troops and to stop a war, not to start one,” he said. “What the world is witnessing is a change in doctrine. The Obama-Bush Middle East regime-change doctrine was to invade and then hope to persuade people that we were liberators. Instead, the Trump doctrine is at its best when we strike the terrorists and then bring our troops home.”

However, the Florida Republican expressed his concern over the deployment of more troops to the region.

“I’m concerned about the additional troop deployments for the reasons you mentioned in the last segment,” Gaetz continued. “I’m grateful that President Trump is trying to end the war in Syria. He is the first president to end one of these forever wars and not start one. And we should not engage in a war with Iran absent congressional approval.”