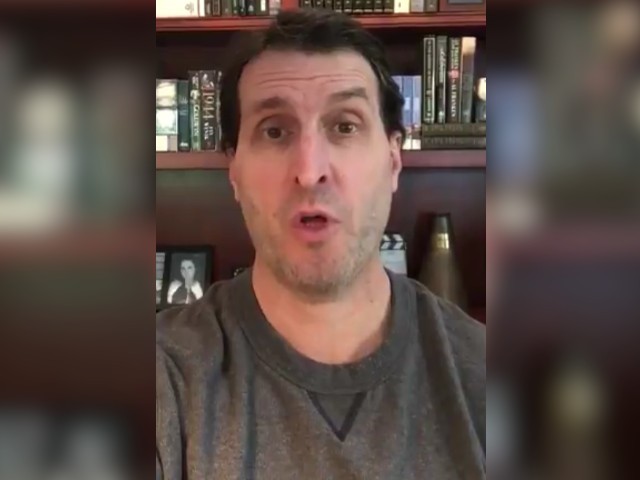 Hollywood director and screenwriter Billy Ray is calling for the “political eradication” of the Republican senators who voted to acquit former president Donald Trump, saying that they must be voted out of office, “hounded” into retirement, or convicted.

Ray, who co-wrote the screenplay for The Hunger Games and directed the Showtime miniseries The Comey Rule, shared his intent to destroy the careers of the 43 GOP senators who voted to acquit Trump this Saturday. “Time, money, energy, will — whatever it takes,” he wrote on social media.

He singled out Sens. Ted Cruz (R-TX) and Josh Hawley (R-TK), saying they need to be “convicted,” though he did not specify their supposed crimes.

My life now has a plan: the political eradication of the unAmerican GOP Sens who chose to acquit.

Time, money, energy, will – whatever it takes. They all have to be voted out of office, or hounded into retirement, or (Cruz Hawley) convicted.

But the effort begins today. You in? https://t.co/0ZA5FBA5Qq

In a separate tweet, the Captain Phillips screenwriter also encouraged left-wing activists to begin organizing for the 2022 midterm elections.

Don’t agonize, ORGANIZE.
Think grassroots. Find people who feel as you do. This Summer we’ll be knocking doors again.
Find candidates you care about. Commit yourself to helping them win.
We will compete in every race, everywhere.#Democracy#WorkingForWorkingPeople#GoBlue2022 https://t.co/fbgEOF8Wux

Ray is one of many Hollywood elites who experienced an emotional meltdown after the Senate’s vote. Stars including Alyssa Milano, Rob Reiner, John Cusack, and Rosie O’Donnell took to social media to vent their outrage and frustration over the weekend.

Last year, Showtime moved up its two-part limited series The Comey Rule by a full two months, after Ray pressured the ViacomCBS-owned cable network to air the series before the November presidential election. The series is a dramatization of the disgraced former FBI director’s book A Higher Loyalty.