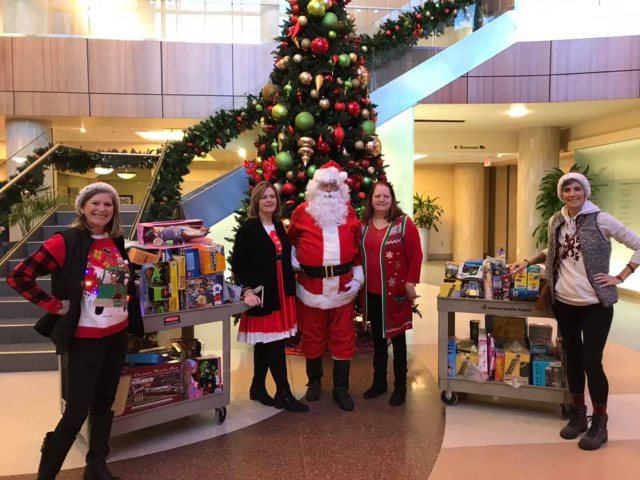 A Michigan family honored their late son by donating 700 toys as Christmas presents to local pediatric hospitals in his memory.

Jennifer Abraham, the mother of a son who died of cancer and president of the group Braylonstrong, donated 700 toys from Tonka trucks to board games to C.S. Mott Children’s Hospital and St. Joseph Mercy Health System this year, M Live reported.

Abraham’s charitable efforts began after her son, Braylon Griggs, died in October 2017 of brain cancer. He had been treated at C.S. Mott Children’s Hospital at the time and used his 13th birthday to raise money for school and art supplies for the children at the hospital.

A year after Braylon’s death in 2018, the family donated Christmas presents to children hospitalized at Mott and in the pediatric wing of St. Joseph Mercy Health System. That year, they donated 400 toys to distribute to both hospitals.

“(The kids) love it because it gives them a sense of being and it helps them through the holiday season,” Abraham, from Clinton, Michigan, told M Live. “Obviously, nobody wants to be stuck in the hospital during Christmas. We just wanted to make these kids that are spending Christmas in the hospital, their holiday season a little brighter by just spreading a little bit of cheer.”

Abraham uses a Facebook group that the family once used to update relatives and loved ones on Braylon’s treatment to solicit donations to her cause via PayPal, an Amazon wishlist, or mailed checks which can be sent to the following address:

Abraham said that all donations go to pediatric brain cancer patients and their families.

The group also solicits monetary donations to help families financially with treatment costs and to donate to cancer research at Mott.

Abraham said that giving back to families in a similar situation has helped her family through the grieving process.