CLAIM: Hollywood star Debra Messing alleged in a tweet that incumbent Sen. David Perdue (R-GA) flashed a “white power” hand sign for the camera during an October rally in Georgia.

The original photo was actually posted by Jasper Preston, who is black: 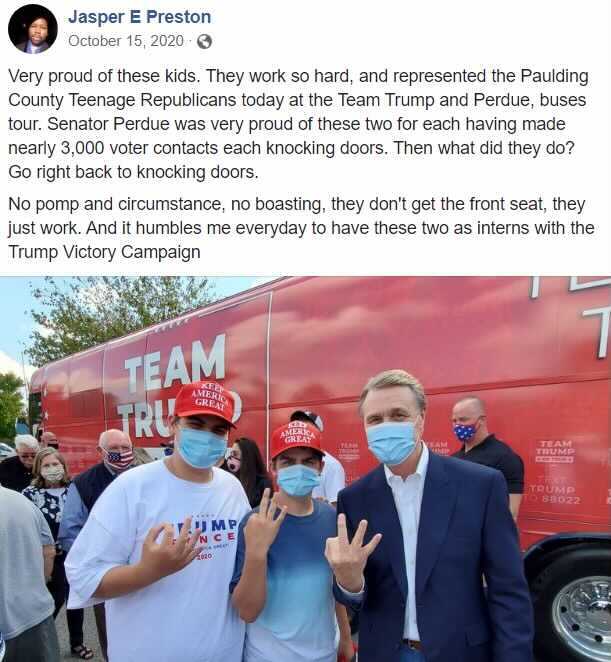 In her tweet, which she appears to have deleted, Will & Grace star Debra Messing accused Sen. Perdue of displaying a “white power” sign and of being a white supremacist. She also called Sen. Kelly Loeffler (R-GA) a racist, calling her “KKKKelly” in the same tweet.

“Flashing the #WhitePower sign on the campaign trail in #Georgia,” the actress tweeted. “Is this what you want #Georgia? You voted AGAINST white supremacy in Nov & we need you to do it ONE MORE TIME to fire this guy and #KKKKelly.” 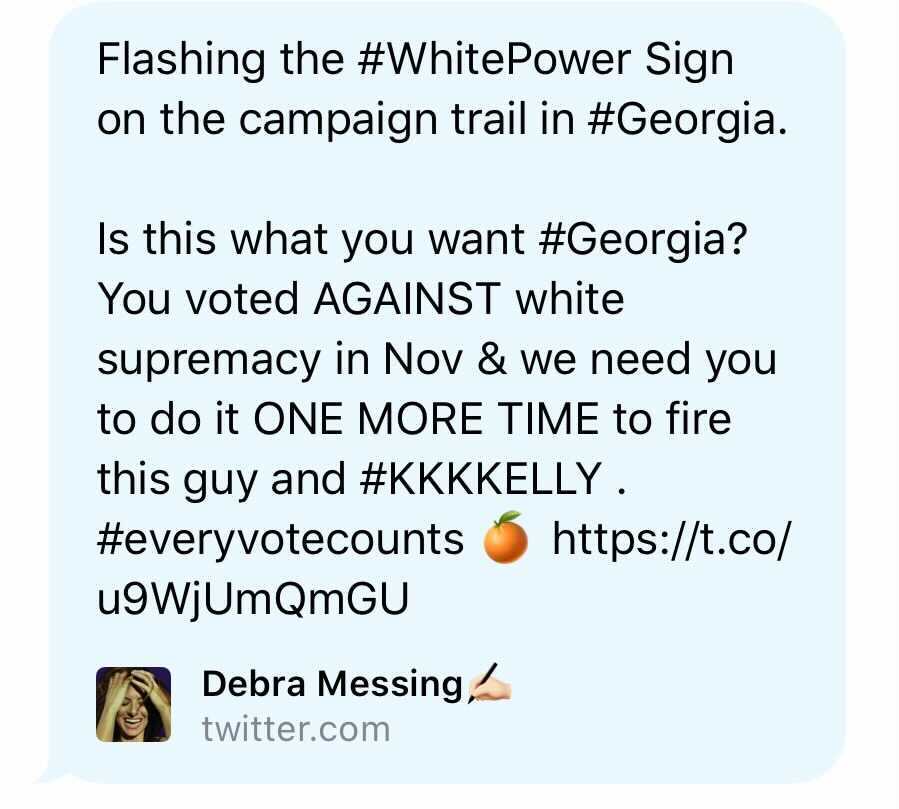 Breitbart News has reached out to Debra Messing. 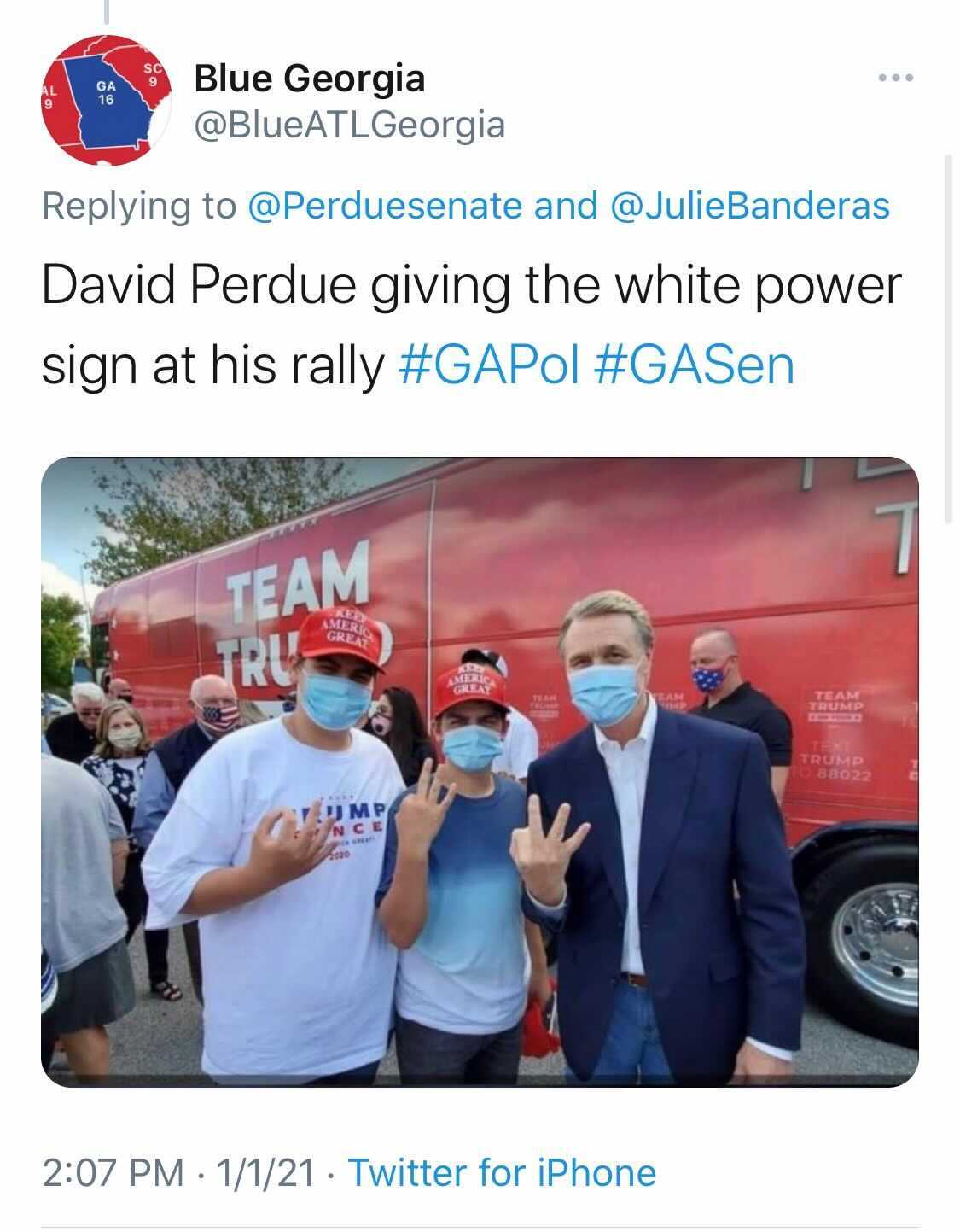 The accusation was re-tweeted by guitarist-turned-blogger Charles Johnson, who repeated the claim. “Loeffler hangs out with the Klan, and Perdue throws white power signs,” he tweeted. “This is who Republicans are.” 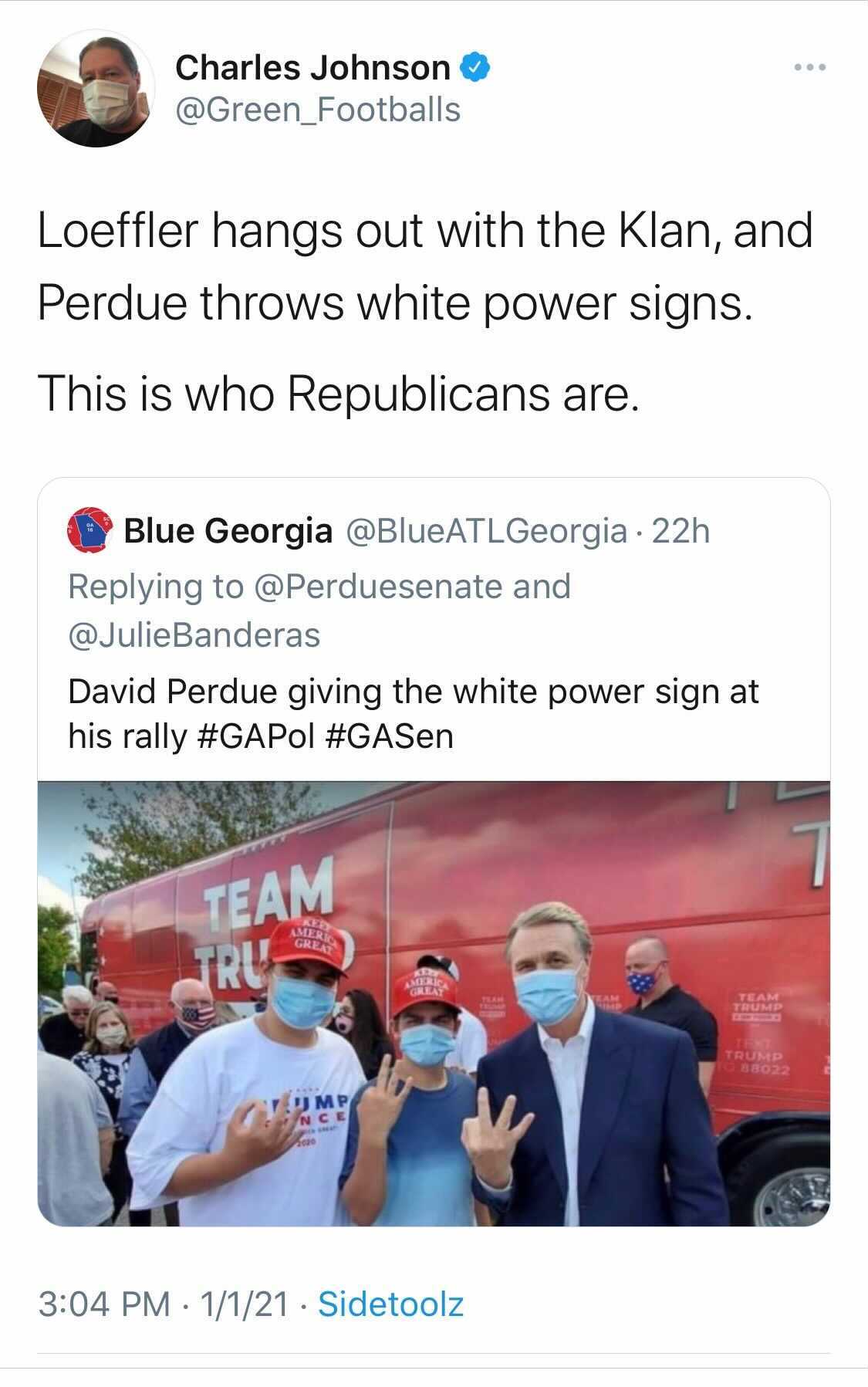 Debra Messing has a history of using her Twitter account to make false accusations against Republicans. In June, the actress got hit with a Twitter fact check after Breitbart News reported that she posted a fake photo in an attempt to conflate President Trump and Adolf Hitler. The tweet was later removed from her account.

In September, she called President Donald Trump a “rapist” and a “pedophile,” and repeatedly posted the hashtags #TrumpIsARapist and #TrumpisaPedo, in what appears like an attempt to get the smears trending on the social media platform.

The Hollywood star recently got in trouble for tweeting a gay insult at President Trump and for wishing him to be raped in prison. She deleted her tweets following an online backlash.