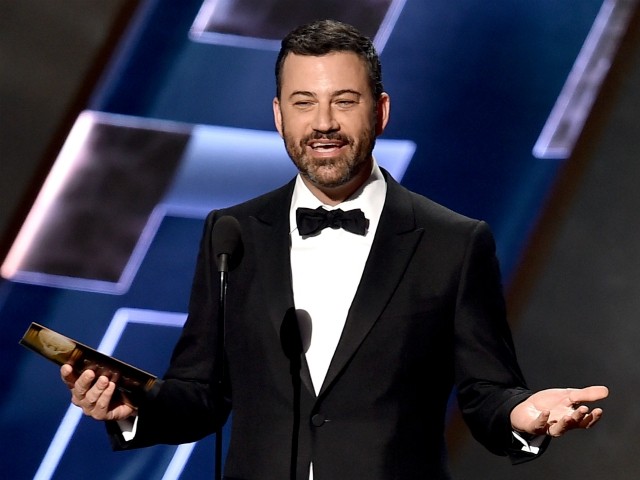 The 72nd Emmy Awards embraced a new, virtual format on Sunday as the entertainment industry continues to deal with fallout from the coronavirus. But some things in Hollywood never change.

Host Jimmy Kimmel and this year’s presenters took a series of veiled swipes at President Trump and his supporters, cracking jokes about MAGA rallies and Russian interference in the election. The telecast also featured recurring virus-themed jokes about social distancing, nasal swabs, and hazmat suits.

Kimmel delivered his opening monologue to fake live audience consisting of reaction shots from past Emmy ceremonies, before he  eventually revealed that he was speaking to an empty arena at the Staples Center in downtown Los Angeles. When explaining the absence of a live audience, the comedian joked, “This isn’t a MAGA rally. This is the Emmys.”

Later, Kimmel directly insulted President Trump. “Has he tweeted us yet? It’s Sunday so he’s probably at church.”

He made a third Trump joke when presenting the award for reality competition series. “Past losers of this category have gone on to be president of the United States,” Kimmel said.

The virtual ceremony also featured a series of running gags about social distancing — including a protracted bit in which Kimmel kept 60 feet away from Jennifer Aniston. In another sequence, presenter Jason Sudeikis received a nasal swab on live TV.

Kansas City’s own Jason Sudeikis gets a COVID-19 test right in the middle of presenting the #Emmy for best comedy series. Of course, #SchittsCreek wins. pic.twitter.com/wUcVDbxFNd