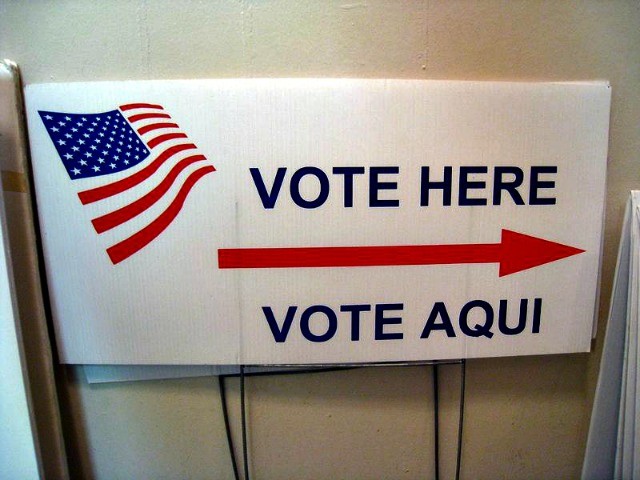 A study by the Latino Policy & Politics Initiative reveals that the country’s Washington, D.C.-imposed policy of mass illegal and legal immigration — whereby more than 1.5 million foreign nationals are admitted every year — has aided in not only demographically shifting the American electorate but also turning once-Republican counties across the country over to Democrats.

Overall, our research found the average vote increase among Latinos was 96% compared to 37% among non-Latinos from 2014 to 2018. The 2018 Midterm Elections are an important indicator for estimating Latino voter participation and candidate support in defining control of the U.S. House of Representatives and the executive leadership for the over a dozen states.  Across the eight states, analysis of the official election results suggests growth in the Latino vote was influential in flipping the partisan control of 20 seats from Republican to Democrat in 2018. [Emphasis added]

The Latino Decisions organization also found that in the midterm elections, it is the Hispanic vote — driven by immigration — that flipped six congressional seats in California, four of which were in Orange County, the birthplace of Republican President Richard Nixon.

DACA illegal aliens, of which there are about 3.5 million enrolled and eligible for the program, helped surge the Hispanic vote, as noted by the Los Angeles Times. With assistance from the globalist billionaire George Soros-funded United We Dream open borders organization, illegal alien activists like Gabriela Cruz helped get the vote out among California’s Hispanic community to turn the already blue state even bluer.

So she called United We Dream, a Washington-based immigrant rights organization founded by Dreamers, to start her own local group. Soon after, she quit her job and made her way to Republican members’ offices after Congress again failed to pass the Dream Act. Over the summer, she and other activists traveled to Texas, where she said she saw herself in the migrant children who were bused into a tent city in Tornillo. There, federal immigration officials were separating migrant families at the border. [Emphasis added]

And as the midterm election neared, she was among 7,000 Dreamers who made calls, texted and knocked on doors to reach voters in California, New Mexico, Texas and Florida. The effort was the first by United We Dream to target congressional races, but volunteers said they were able to tap into a network of elected officials and activists who had come of age and risen through previous immigrant rights movements. [Emphasis added]

Perhaps nowhere was that network more established than in California, where Democratic state leaders introduced measures to oppose Trump administration policies and Atty. Gen. Xavier Becerra, himself the son of immigrants, led a lawsuit against the federal government over the termination of DACA that temporarily allowed the program to continue. [Emphasis added]

Most recently, the New York Times admitted that the rapid demographic shifts of Orange County, California thanks to a “40-year” flood of legal and illegal immigration — where more than 30 percent of residents are foreign-born — has forever changed the region from a Republican stronghold to a sweep of Democrat representation in Congress.

Democrats have increasingly swept congressional districts whose demographics have been quickly changed due to the country’s policy of mass legal and illegal immigration.

The process known as “chain migration,” for instance — whereby newly naturalized citizens can bring an unlimited number of foreign relatives to the U.S. with them — has imported more than nine million foreign nationals since 2005.

A Women’s Bible: The New Feminist Twist on Scripture

Democrat John Lewis Dead at 80 After Battle with Pancreatic Cancer