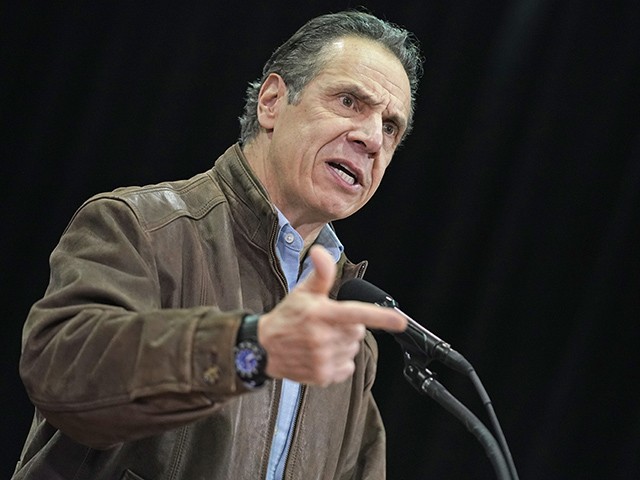 New York Gov. Andrew Cuomo continues to fight back against allegations of sexual assault, pleading with Americans to wait until an investigation is conducted before taking a stance on the matter, a move Cuomo himself would not have agreed with a few years ago.

“I ask all New Yorkers to await the findings of the review so that they know the facts before making any judgements,” Cuomo said of due process in a statement on Sunday. “I will have no further comment until the review has concluded.”

“In the privacy of intimate relationships, I have engaged in role-playing and other consensual sexual activity,” Schneiderman told the New Yorker. “I have not assaulted anyone. I have never engaged in nonconsensual sex, which is a line I would not cross.”

Upon learning of the allegations, prior to a conducted investigation, Cuomo immediately called for Schneiderman’s resignation, saying, “no one is above the law.”

“No one is above the law, including New York’s top legal officer,” Cuomo said in a statement at the time. “I will be asking an appropriate New York District Attorney to commence an immediate investigation, and proceed as the facts merit.”

“My personal opinion is that, given the damning pattern of facts and corroboration laid out in the article, I do not believe it is possible for Eric Schneiderman to continue to serve as Attorney General, and for the good of the office, he should resign,” he added.

Lindsey Boylan, the former deputy secretary for economic development and special adviser to Cuomo, said Cuomo repeatedly touched her body, attempted to kiss her on the mouth, invited her to play “strip poker,” and overtly objectified her, documenting her experiences with screenshots of emails and texts in a Medium post.

According to Boylan, Cuomo’s top female staff members “normalized” the governor’s behavior and she was “reprimanded” when she chose to “speak up” after Cuomo kissed her without consent. Boylan wrote:

After that, my fears worsened. I came to work nauseous every day. My relationship with his senior team — mostly women — grew hostile after I started speaking up for myself. I was reprimanded and told to get in line by his top aides, but I could no longer ignore it.

On September 26, 2018, I sent a mass email informing staff members of my resignation.

A second former aide came forward with sexual harassment allegations against Cuomo on Sunday. Charlotte Bennett, a health policy adviser in the Democratic governor’s administration until November, told the New York Times that Cuomo inquired about her sex life and asked whether she had had sex with older men.

On Sunday, Cuomo issued a statement, saying he was “truly sorry” if “some of the things I have said have been misinterpreted as an unwanted flirtation.”

I now understand that my interactions may have been insensitive or too personal and that some of my comments, given my position, made others feel in ways I never intended. I acknowledge some of the things I have said have been misinterpreted as an unwanted flirtation. To the extent anyone felt that way, I am truly sorry about that.

Several members of Congress, even the White House, have called for investigations into the allegations against Cuomo.

White House Press Secretary Jen Psaki, on CNN’s State of the Union, said, “There should be an independent review of these allegations. They’re serious. It was hard to read that story as a woman. And that process should move forward as quickly as possible and that’s something we all support and the president supports.”

Psaki also stated that President Joe Biden believes Bennett and Boylan “should be treated with respect and dignity.”

Rice, the first Democrat member of U.S. Congress to call for Cuomo’s resignation, shared the NYT‘s interview with Ruch in a tweet and said, “The time has come. The Governor must resign.”