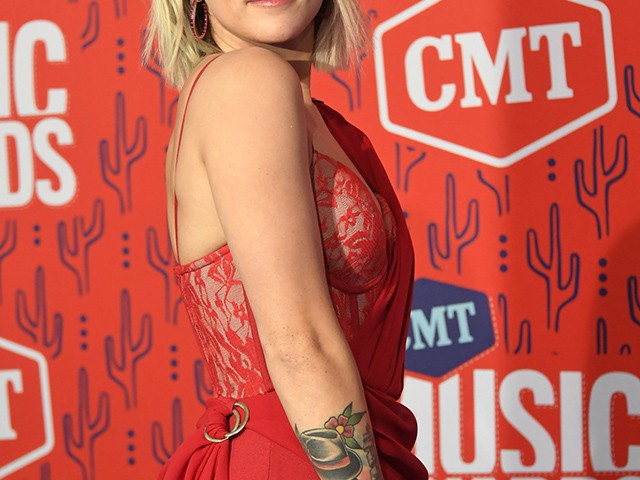 The “wear orange” campaign was conducted the weekend of June 4-6, in recognition of National Gun Violence Awareness Day.

Breitbart News reported that myriad Hollywood celebrities donned orange shirts and/or “wear orange” messages for the weekend. Many of those celebrities have been in films featuring gun use:

Additionally, VH1, MTV, and Hollywood conglomerates like WarnerMedia pushed the “wear orange” campaign, and CMT was right there with them pushing the Bloomberg/Everytown gun control template. CMT is owned by ViacomCBS, as are many of the other channels participating in the activist operation.

CMT went so far as to direct its Twitter followers to the “wear orange” campaign website in order to get more fully involved:

We’re (virtually) wearing orange today in support National Gun Violence Awareness Day and to call attention to the more than 100 lives that are lost every day to gun violence. #WearOrange and visit https://t.co/yCVs91toXw for more. pic.twitter.com/Ir1tsENn1W

The “wear orange” claim that “Every day more than 100 Americans are killed with guns” appears to be spreading misleading claims that swell the actual numbers of gun violence by lumping suicides together with homicides.

On April 24, 2019, Breitbart News noted that Kamala Harris employed this same approach and on April 11, 2016, Breitbart News reported that Hillary Clinton made similar claims, though Clinton posited a smaller number of 90 per day.

However, the point is the same: Whether it is Everytown or Harris claiming 100 Americans killed each day or Clinton claiming 90, all three overlooked the fact that 66 percent of gun deaths are suicides, not homicides, i.e., not gun violence. Because of this, Chicago Tribune editorial board member Steve Chapman reacted to the approximately 39,700 firearm-related deaths in 2017 by explaining that more gun control would not change things. And that is because the causal factor in gun deaths is not gun violence, but suicides.

Yet CMT, Hollywood celebrities, and WarnerMedia, among others, are urging Americans to support more gun control.