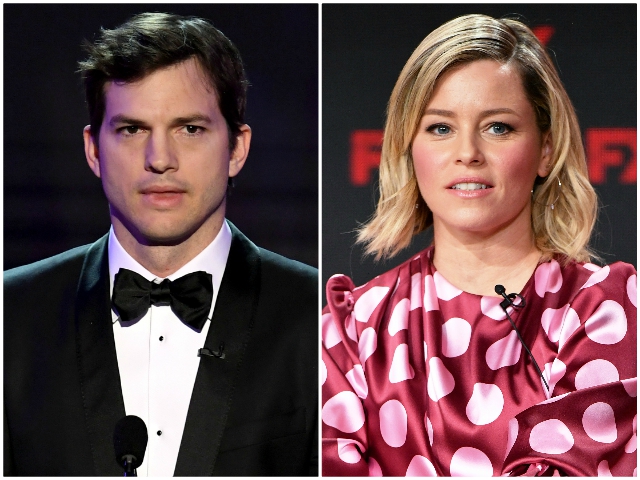 Leftist Hollywood stars freaked out over President Donald Trump’s comments about white supremacists and the Proud Boys during the first presidential debate on Tuesday. Celebrities seized on the the president’s remarks as an opportunity to equate him and his supporters to white supremacists, while fanning the flames of panic that the commander in chief was making a veiled threat to his opponents.

During Tuesday’s debate, moderator Chris Wallace asked President Trump to “condemn white supremacists and militia groups,” and asked the president to tell them to refrain from violence. The president, who has repeatedly condemned white supremacy in the past, replied, “Sure…  Sure, I’m willing to do that.”

In the ensuing crosstalk, Joe Biden demanded that Trump specifically condemn “White supremacists. The Proud Boys,” falsely implying that the Proud Boys is a white supremacist group. The Proud Boys, a right-wing fraternal group founded by Vice Media co-founder Gavin McInnes, counts ethnic minorities among its membership. The group has engaged in street fights with members of the violent, far-left Antifa.

On Wednesday the president clarified his remarks, telling reporters: “I don’t know who the Proud Boys are, I mean you have to give me a definition. Because I really don’t know who they are. I can only say they have to stand down, let law enforcement do their work.”

Nonetheless, his “stand back and stand by” comment during the debate sent left-wing Hollywood elites into freak-out mode,  pouncing on the president’s words to smear him and his base as racist.

“So I’m gonna vote for the guy who didn’t tell white supremacists to stand by, who didn’t attack a man’s son for dealing w addiction and who believes in climate science,” said Elizabeth Banks.

So I’m gonna vote for the guy who didn’t tell white supremacists to stand by, who didn’t attack a man’s son for dealing w addiction and who believes in climate science. #BidenHarris2020

Comedian Chelsea Handler tweeted that all Republicans in Congress and voters who stand by Trump are now “standing with white supremacy.”

So, now all Republicans in Congress and Republican voters who continue to stand by Trump’s side—and are standing with white supremacy.

Veep star Julia Louis-Dreyfus falsely claimed that “Trump just said to all white supremacists to ‘stand back and stand by.’” The president was only addressing the Proud Boys, which isn’t a white supremacist group.

Filmmaker Ava DuVernay also falsely claimed that “Trump just told you that he ain’t leaving and that he is a white supremacist.”

For those who hadn’t been listening for the past 4 years, Trump just told you that he ain’t leaving and that he is a white supremacist. If that doesn’t get every American who is not white into overdrive to toss his ass – we may actually deserve what happens next.

Proud boys stand back and stand by????? Wow that’s code

Mia Farrow claimed that “Trump would not, could not condemn white supremacists,” even though Trump told Wallace: “Sure, I’m willing to do that.”

Trump would not, could not condemn white supremacists

Comedian Billy Eichner called the president a “vile, racist bitch” for his comments.

The fact that Trump said Proud Boys should “stand by” is one of the most disgusting, dangerous things that could have possibly been said. What a vile, racist bitch. Vote this motherfucker out.

He didn’t say it!! “Stand back and stand by, Proud Boys!” You racist pos!!

Actress Sophia Bush falsely called the Proud Boys a “domestic terrorist group,” while also claiming that the president’s “stand by” comment was “another barely veiled threat of violence.”

Trump calling on the Proud Boys — a domestic terrorist group — to “stand by?” Another barely veiled threat of violence. He is abhorrent.

Oscar-winner Patricia Arquette described the president’s comments as “low as any President has ever gone in my lifetime in America.”

What Trump said about the Proud boys was as low as any President has ever gone in my lifetime in America. Enough. Vote him out. Vote him out and let’s start repairing all this damage.

Honest question to Tim Scott. How many times does Donald J. Trump need to take the side of White Supremicists before you take his word for it. 20? 30? Never? “When someone shows you who they are, believe them the first time.” https://t.co/wpsKyzU5LS

Actress Meredith Salenger falsely claimed that the president “refused” to denounce white supremacists during the debate In fact, the president told Chris Wallace the exact opposite: “Sure, I’m willing to do that.”

Watch this!!!!!
Donald Trump refused to denounce white supremacists on the debate stage last night. VOTE HIM OUT. https://t.co/mQEYDC1gWO pic.twitter.com/vg3LJ6ehId

Seinfeld star Jason Alexander claimed without evidence that the president “threatened me last night – and you.”

The President threatened me last night – and you. Told his armed supporters to monitor me while I vote and put them on stand by to do me harm when I don’t vote for him. I’m not afraid of his goons. I’m afraid I live in a country that would still support him. https://t.co/3eh3IynjNx

Filmmaker Judd Apatow stoked fear by claiming without evidence that the president “is instructing his troops.”

The follow up when he encouraged people to monitor polling places was the second half of that thought. He is trying to put hate to work. He is instructing his troops. They will stand by till election night. He hopes. https://t.co/vRSYcRCGn2

Other Hollywood elites to add themselves to the pile-on include Mark Ruffalo, Larry Charles, Stephen King, Adam Goldberg, and Elizabeth Banks.

And while you are at it, Wolf, let’s make sure to remind people that our President not only refused to condemn White Supremacy but he also called out fascist thugs to “Stand By’. That’s way past “embarrassing” at this point and had zero to do with Biden’s debate performance. https://t.co/t0wS5mpUbH

1/2 What must not be lost in the post debate discussion was Trump’s contemptuous refusal to condemn white supremacy. Given numerous opportunities he could not bring himself to do it and instead went on the attack trying to belittle Wallace and the idea of it…