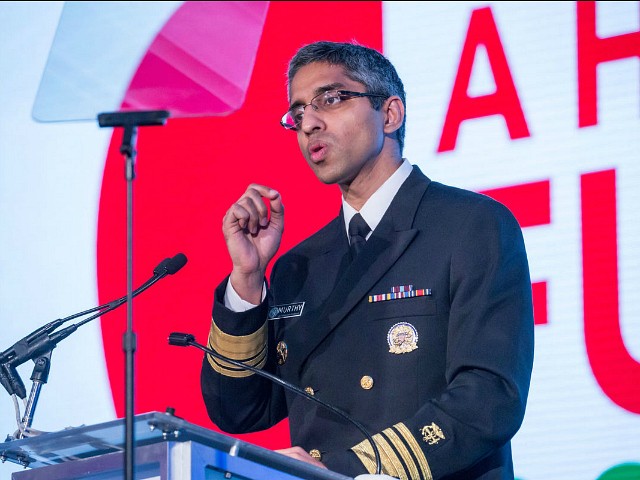 Several of Biden’s nominees have filed financial disclosures, including Murthy, who according to Politico made millions by consulting various companies, including those in industries severely impacted by the pandemic, such as Carnival Cruise Line. Such consulting gigs have raised eyebrows due to concerns of bias.

The outlet estimated that Murthy, who served as U.S surgeon general from 2014-2017, made nearly one million last year consulting for Netflix, Airbnb, and Carnival Cruise Line alone:

Murthy’s speaking, writing and consulting firm paid him nearly $500,000 more. His speaking engagements through the firm included speeches to companies such as Google and Cigna, as well trade groups such as Business Roundtable and American’s Health Insurance Plans.

Jeff Hauser of the Revolving Door Project highlighted the mounting concerns related to Murthy’s financial disclosures, explaining that it is “less than ideal to have a Surgeon General who is sympathetic to entities from which we would like him to feel a sense of remove, like the cruise industry.”

Unlike investments and speeches, consulting, he explained, is “worrisome” because “you’re supposed to think from the perspective of the interest of the corporation and that creates a degree of bias.”

However, an anonymous transition official told Politico that it should come to no surprise that such entities looked to Murthy for guidance, particularly given his status as a “leading expert in his field.”

“Dr. Murthy is a leading expert in his field and of course his advice regarding how to keep people safe was widely-sought, especially at a time when Americans could not count on being told the truth about the pandemic by the administration in office,” the official said, according to Politico.

Murthy, in a pre-taped speech, spoke on the final day of the Democratic National Convention last year and stated that officials’ “highest duty is to the public” — a position he took as he simultaneously made millions in pandemic consulting for various companies.

“Our highest duty is to the public. Our true guide is science. And our job is to speak the truth about public health, even when it is controversial or perceived as political,” he said at the time.

“So here’s the truth, our nation absolutely has what it takes to overcome the COVID-19 pandemic that’s claimed tens of thousands of our loved ones. We have the talent, resources, and technology,” he continued, trying to strike an optimistic tone before describing masking as a “patriotic duty.”

“What we’re missing is leadership. We need a leader who will work with states to ensure that everyone who needs a test gets one and gets results quickly,” he continued.

“A leader who secures a safe, effective vaccine and distributes it quickly and fairly. A leader who inspires us to practice distancing and face masks, not as a political statement, but a patriotic duty, a commitment we make to one another,” Murthy added.