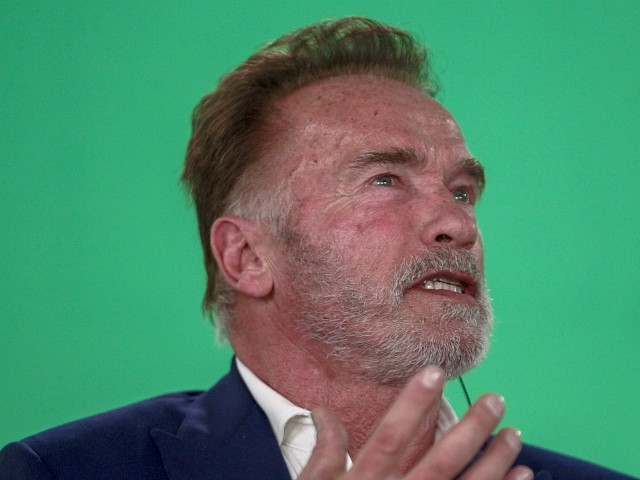 Anti-Trump Hollywood star Arnold Schwarzenegger has compared the rioters who stormed Capitol Hill last week to the rise of Nazis in his native Austria, saying that the event calls to mind Kristallnacht, the pogrom against Jews in 1938.

He added that President Trump “will go down in history as the worst president ever” and accused members of the Republican party of “spinelessness” for supporting the commander in chief.

In a video posted to Twitter on Sunday, Arnold Schwarzenegger star sat at his desk, flanked by the American and California flags, with a rousing soundtrack playing in the background.

“As an immigrant to this country, I would like to say a few words to my fellow Americans and to our friends around the world about the events of recent days,” the former Republican governor of California said. “I grew up in Austria. I’m very aware of Kristallnacht, or the Night of Broken Glass. It was a night of rampage against Jews carried out in 1938 by the Nazi equivalent of the Proud Boys.”

He added: “Wednesday was the day of Broken Glass in the United States.”

My message to my fellow Americans and friends around the world following this week’s attack on the Capitol. pic.twitter.com/blOy35LWJ5

Schwarzenegger revealed that his father, guilt-ridden over Austria’s role in the war, would come home drunk and frequently beat his wife in front of the kids.

“So being from Europe, I’ve seen firsthand how things can spin out of control,” he said. “I know there is fear in this country and all over the world that something like this could happen here.”

He alleged that President Donald Trump “sought to overturn the results of an election and of a fair election. He sought a coup by misleading people with lies. ” The actor also said that Republican politicians who support the president are “complicit” with those protestors who stormed the Capitol.

Later in the video, he whipped out a sword that he said was from the movie Conan the Barbarian. “Our democracy is like the steel of this sword,” he said. “The more it is tempered, the stronger it becomes.”

He concluded: “President-elect Biden, we stand with you today, tomorrow, and forever!”

Schwarzenegger has not publicly condemned the widespread destruction caused by Black Lives Matter and Antifa rioters, who caused an estimated $2 billion worth of property damage in cities across the country last year.

Arnold Schwarzenegger is a longstanding rival of President Trump. The Hollywood celebrity took over Trump’s Apprentice series on NBC, called The New Celebrity Apprentice. But the rebooted series failed under Schwarzenegger to attract viewers, putting an end to the once highly popular TV franchise.

Since then, Schwarzenegger has become a dedicated foe of the president, frequently attacking him on social media and in online videos.

Sen. Cruz blasted the president elect: “At a time of deep national division, President-elect Biden’s choice to call his political opponents literal Nazis does nothing to bring us together or promote healing,” Cruz wrote. “This kind of vicious partisan rhetoric only tears our country apart.”