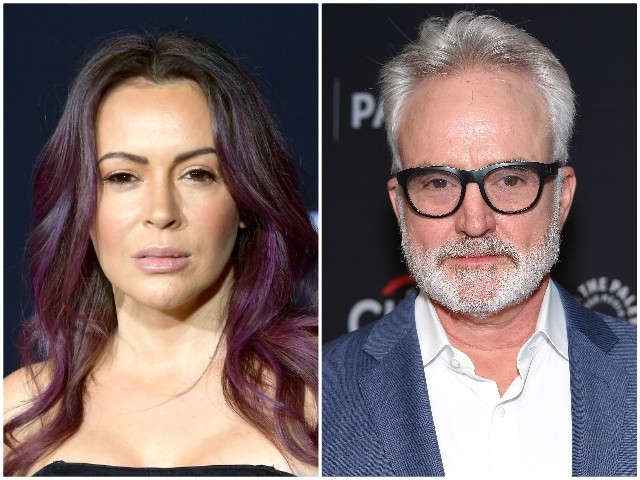 Guttenberg announced the upcoming event via Twitter, calling it a “Virtual Conversation on Gun Violence Prevention.” The flier makes the clear the gun control conversation is happening under the auspices of the Biden for President Victory Fund, and listed Rep. Lucy McBath (D-GA).

McBath won her Congressional seat by running on gun control after her son Jordan Davis was shot and killed in 2012.

Deutch has long been a staunch gun control advocate for Florida Democrats. On November 27, 2018, Breitbart News reported that he was on the steering committee behind a push for a ballot initiative to ban “assault weapons” in the state of Florida.

On February 2, 2020, Breitbart News reported that Deutch’s ballot initiative failed to cross the necessary threshold of signatures required to be included on the ballot.

Giffords emerged as a staunch advocate for background checks following the handgun attack on her in Tucson, Arizona, on January 8, 2011. The man who shot and wounded her acquired his gun by passing a background check. She doubled down on her background check push following the December 14, 2012, attack at Sandy Hook Elementary, in which 26 people were shot to death at the school. The attacker used stolen guns to carry out the heinous act, so no level of point-of-sale background checks would have stopped him.

Milano and Whitford are two Hollywood celebrities who are quick to push gun control after a crime occurrs.

Innocent human beings randomly slaughtered is the price of freedom. Universal background checks? Too high a price to pay.

The San Francisco Chronicle reported that the rifle, an AK-47 variant, was purchased from Big Mikes Gun and Ammo in Fallon, Nevada. A retail purchase such as this would require a background check, thus making the sale legal.

In other words, background checks failed to stop the attacker.

Fred Guttenberg emerged as a gun control advocate after his daughter, Jaime, was killed during the February 14, 2018, Parkland high school shooting. That attack took place in a school where teachers and staff were not allowed to be armed to protect children in classrooms.