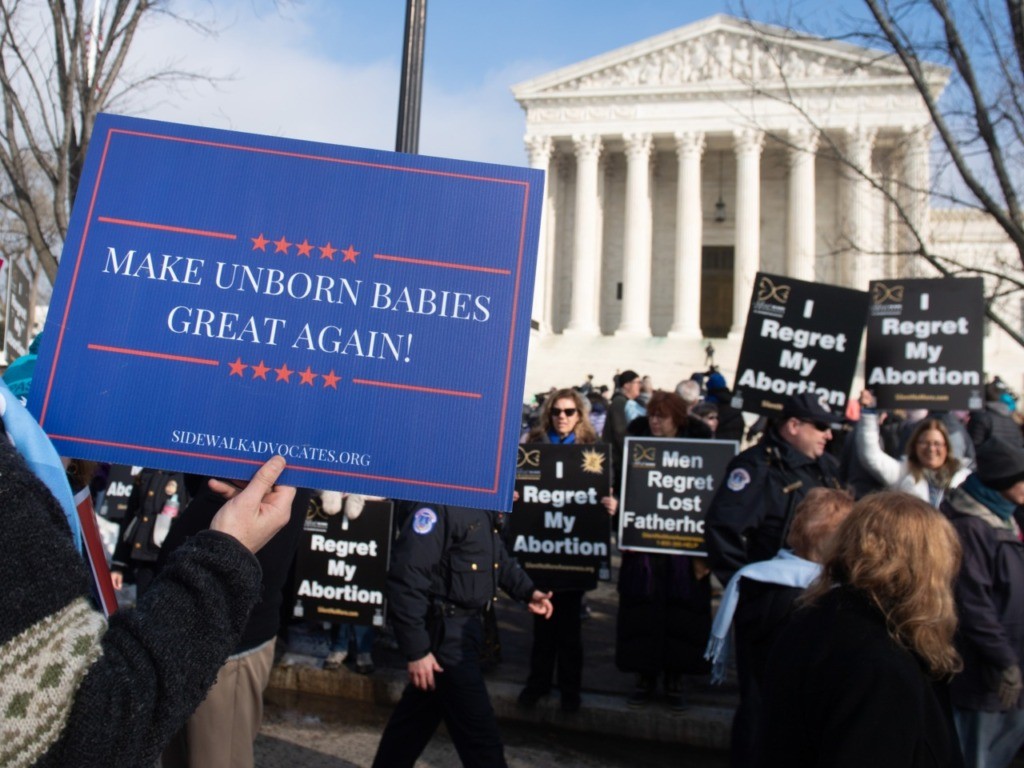 More than 200 members of Congress have asked the Supreme Court to “reconsider” the 1973 Roe v. Wade decision that created a right to abortion, though none ever existed in the Constitution.

The lawmakers, all Republicans save for two Democrats, filed an amici curiae (friends of the court) brief, urging the High Court to reexamine both Roe and the 1992 ruling in Planned Parenthood v. Casey, which prohibited states from placing an “undue burden” on women’s ability to obtain abortions.

The brief is filed as the Supreme Court announced in October in will take up the case of a Louisiana abortion safety law that requires abortionists to have admitting privileges at a nearby hospital. The Court is expected to review the case on March 4.

In February, in June Medical Services LLC v. Gee, the Court issued a temporary stay of a lower court order that blocked Act 620, the Louisiana law that was adopted in 2014. Under the legislation, abortionists were required to have admitting privileges at a hospital within a 30-mile radius in order to provide continuity of care should a woman need emergency treatment as a result of an abortion.

A Louisiana federal district judge had previously cited the Supreme Court’s decision in 2016 in Whole Woman’s Health v. Hellerstedt (WWH) in a ruling that said Act 620 violated a woman’s constitutional right to abortion.

A panel of the U.S. Court of Appeals for the Fifth Circuit reversed the lower court’s decision, and the full court denied the abortion providers’ petition to rehear the Louisiana case.

Lawyers for the abortion providers subsequently applied to the U.S. Supreme Court for an emergency stay while they prepared their petition for the Court to hear their case.

The Supreme Court granted the stay, 5-4, with Chief Justice John Robert siding with the liberal wing of the Court, and Justices Clarence Thomas, Samuel Alito, Neil Gorsuch, and Brett Kavanaugh dissenting. The stay was to last only until the Court received a petition to hear the case and voted on it.

The amici note, therefore, “there is an inherent conflict of interest between abortion providers and their patients regarding state health and safety regulations.”

“Therefore, June Medical cannot be presumed to enjoy a ‘close’ relationship with its patients when it comes to legal challenges brought against the very laws the State passes for the protection of the patients’ health and safety, and it should not be deemed to have third-party standing,” the lawmakers state.

Finally, Amici respectfully suggest that the Fifth Circuit’s struggle to define the appropriate “large fraction” or determine what “burden” on abortion access is “undue” illustrates the unworkability of the “right to abortion” found in Roe v. Wade, 410 U.S. 113 (1973) and the need for the Court to again take up the issue of whether Roe and Casey should be reconsidered and, if appropriate, overruled.

Anti-abortion politicians are using every trick in the book to ban abortion. Asking the Supreme Court to reconsider overturning Roe is an assault on our basic rights, plain and simple.

Abortion is safe and legal, and we’re doing everything we can to keep it that way. https://t.co/7rATmkTbxd

Planned Parenthood and its acting president condemned the brief and vowed to defeat several of the lawmakers who signed onto it:

We see you doing everything you can to strip away our rights.

We promise you. We will do everything we can to take away your job. https://t.co/XNSTIOzHgO

Country women lift each other up at CMT Artists of the Year | Conservative.ly